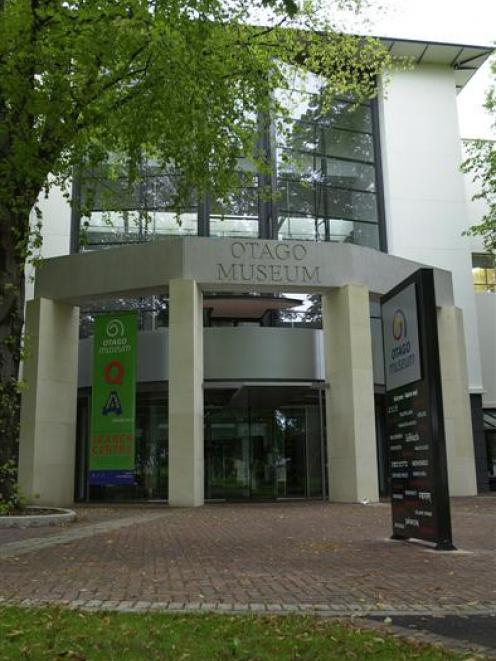 Otago Museum.
Against a background of tensions between the Dunedin City Council and the Otago Museum over funding issues, museum trust board chairman Graham Crombie is urging the council to boost funding in the longer term.

Mr Crombie is a Dunedin senior chartered accountant with a strong auditing background and is a Dunedin City Council appointee on the trust board.

He was elected chairman in February amid the biggest changes in board leadership for more than a decade.

Council officials have also said that some matters involving future museum costs, including over an insurance issue, had not been fully clarified by the museum.

Mr Paul has also urged more dialogue to resolve issues as a result of some "tension" between the two organisations.

In a recent written submission to the council's draft annual plan for the 2011-12 financial year, Mr Crombie said the museum was committed to "improve the transparency between ourselves and council and to work with you on the long-term viability of our organisation".

In the April 11 submission, Mr Crombie said the museum "greatly" appreciated the council's annual contribution to the museum's funding and understood the council was "not in any position" to increase its contribution in the financial year starting on July 1.

But he also strongly defended the museum's "operational and financial management record" and highlighted problems that could result from a continued freeze in DCC funding.

Income from the council and three other contributing local authorities made up about 50% of the funding the museum needed each year.

Museum efforts would continue to focus on "absorbing the costs of inflation and unavoidable price increases".

But the reality was that no increase in operational funds and not addressing the implications of "remuneration and depreciation issues" would have a financial and operational impact on the museum and would affect its future service provision.

The museum was already an "efficient business" and was "proud of its operational and financial management record".

A nil increase approach was "not a viable long term proposition" if the community in Otago wanted to see the museum's performance maintained or enhanced, he said.