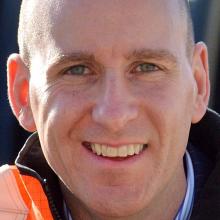 Grady Cameron.
Delta has hailed the sale of a controversial Christchurch subdivision to a Wanaka-based developer as a breakthrough in its efforts to recover $13.4 million in bad debt.

Following the sale, which was confirmed on Wednesday, Delta received an initial debt repayment of $900,000, with the expectation it will receive the remaining $12.5 million as Infinity sells off sections.

However, the debt repayments were expected to take years, and Dunedin City Holdings Ltd (DCHL) previously confirmed there were no guarantees the total amount, which relates to infrastructure work Delta carried out for the subdivision, would be recovered.

The sale was yesterday slammed by the subdivision’s neighbour, Colin Stokes, who repeated the accusation the sale was part of an illegal plan to cheat him and fellow neighbours out of their interest, as caveators, in the land.

Their claim, for which they are taking Delta and other parties to court, relates to an agreement they made with the original developer to provide roading and services infrastructure to their land, which is part of the Yaldhurst Village subdivision.

Infinity Group managing director Paul Croft did not return calls seeking comment on how long it was expected to take to sell the properties, or its failed involvement in the Pegasus town development just north of Christchurch.

Delta chief executive Grady Cameron said the sale was a welcome development which improved the prospects of it retrieving its bad debt.

"With a new developer, new financing and removal of the caveats, the way is now clear for the Yaldhurst Village subdivision to restart."

The sale increased Delta’s confidence it would receive regular repayments as home and commercial lots  were  readied for market and sold, Mr Grady said.

The purchase meant Delta had a new loan agreement with Infinity Yaldhurst Limited, to replace the existing $13.4 million debt owed to Delta by the original developer.

Earlier this month, DCHL and the council authorised Delta to refinance its outstanding debt with Infinity, on settlement of Infinity’s offer to buy the subdivision from Gold Band Finance Limited, the first mortgagee.

Mr Croft said, in a media release, demand for the subdivision was expected to be strong, with some home builders already expressing interest.

"Sitting as it does at the city fringe, with a semi-rural outlook, and yet just minutes away from retail hubs like Riccarton and Hornby, it really offers a fantastic combination of lifestyle and convenience," Mr Croft said.

It was expected about 250 residential lots would be available, and a 5ha  area zoned for commercial activity also sat at the entrance to the development.

Infinity had ‘‘extensive’’ experience across the South Island establishing residential developments and won the Property Council of NZ award for best urban land development for its Peninsula Bay development in Wanaka.

DCHL chairman Graham Crombie previously told the Otago Daily Times  the agreement made it more likely Delta would be able to recover its outstanding money, but there were no guarantees the total amount would be recovered.

The deal meant Delta would have to forgo millions in interest and penalty fees, which had been accruing on the bad debt since 2013.

It had been suggested the extras could have pushed the total bill owed to Delta up as high as $24 million, but Delta had given up any hope of recouping them.

Delta did not directly answer a question about the level of risk involved with the deal, with a spokesman instead saying by email that: "Repayment of the outstanding debt is secured against the Yaldhurst Village subdivision property".