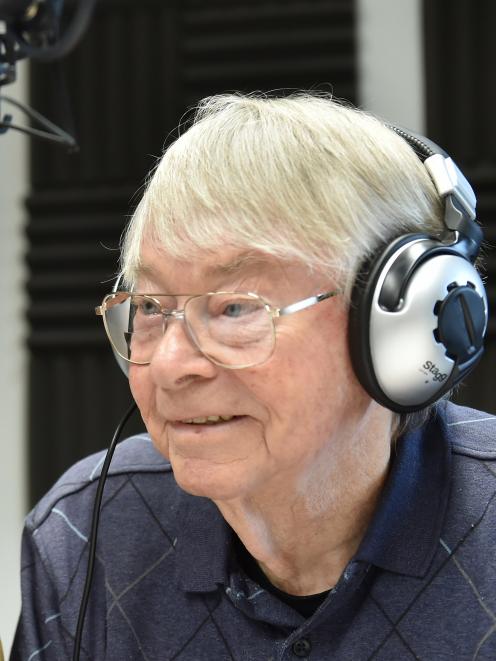 Musician Calder Prescott died yesterday morning at the age of 88.

He was diagnosed with liver cancer on December 21 last year, and moved into Marne Street Hospital six days later.

A member of jazz bands in the city since the early 1950s, he went on to found the Dunedin City Jazz Orchestra in 1988.

"He was one of life’s gentlemen," he said.

He said his father was "very satisfied and proud" of the musical legacy he had left behind.

Logan Park High School head of music John Dodd said Mr Prescott was a jazz tutor at the school for about 30 years, where he made a "massive" contribution.

He was responsible for tutoring the school’s jazz band, believed to be the first high school jazz band in New Zealand.

"He insisted on excellence, and he got it," Mr Dodd said.

"He was Dunedin’s Mr Jazz."

Mr Prescott was admitted to hospital late last year, after falling on stairs on his way to what was supposed to be his final gig.

"Typical of his humour, when I went out to see him he said ‘Well, I didn’t get paid for the gig’," Mr Dodd said.

He was made a Member of the New Zealand Order of Merit in 2002 for services to music.

He was also a veteran broadcaster, and started volunteering on Otago Access Radio in April 2003.

He recorded his final show, from Marne Street Hospital, on January 9.

Station manager Lesley Paris said Mr Prescott was a "wonderful man" and a big supporter of the station, helping with fundraising events.

Mr Prescott is survived by his wife, Lesley, two daughters, and one son. A second son pre-deceased him.