Decision not to charge woman 'insensitive' 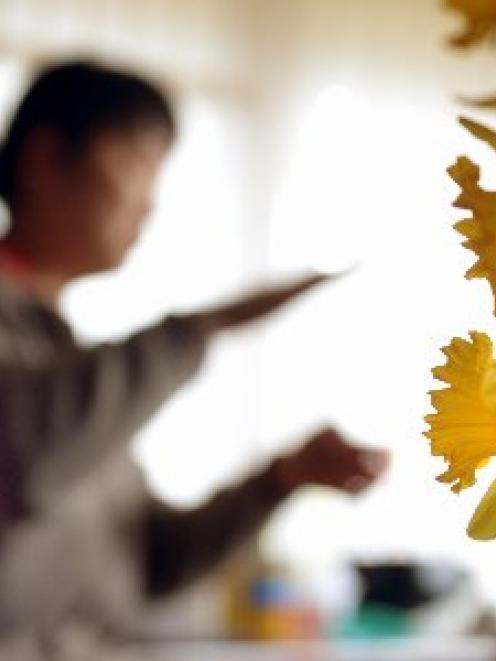 Ivy Ding was attacked by a drunken woman in her Wakari home.
Police may have ''technically'' made the right call by not charging a drunken 21-year-old who attacked a Wakari woman and vandalised her home, but their response was ''insensitive'', a legal expert says.

Intoxication can form a legal defence if the person carries out their actions without conscious thought or intention and that may have influenced the attending officers' in their decision not to lay charges, but it is questionable if they had all the evidence at hand to make that decision, University of Otago dean of law Prof Mark Henaghan says.

Ivy Ding was attacked by a drunken woman in her Wakari home about midnight on Saturday.

The woman had recently finished celebrating her 21st birthday and was intoxicated when she threw pot plants around the property, threw a rock at a car, smashed a window with her shoe and grabbed Ms Ding through the frame.

Ms Ding was home with her elderly mother and young son at the time of the incident.

Police informed Ms Ding, on the night and in a later email, the woman would not be charged as ''she was so intoxicated that she was completely disoriented and confused at the time, and was unaware of what she was doing''.

However, the Otago Daily Times understands a senior sergeant has been assigned to review the attending officers' handling of the case and has offered an apology to Ms Ding.

A police spokesman said yesterday police were still looking into the matter and it was not decided what action would be taken.

Prof Henaghan said police might have made the right call in not charging the woman, but their decision appeared ''hurried''.

''The real issue here is if a person has had their property broken into, there needs to be a bit more consideration rather than making a decision on the spot,'' he said.

''It may still come out in the same result, but it's the way it was gone about.

''Technically, what they have said in the letter is correct, but I don't know if they had the evidence at the time to make that call or not.''

Police warnings were being used more frequently now, but taking the time to better explain the situation and decision might have eased Ms Ding's anxiety, he said.

''There's a lot of situations where it's appropriate to give warnings to keep people out of the court system but in this case it was a wee bit insensitive.''

The defence of automatism - the performance of actions without conscious thought or intention - could be used in situations where people were grossly intoxicated, he said.

But the law did not excuse intoxication in general.

''The law is pretty clear that just because you are drunk you can still form intent,'' he said.

Ms Ding said she was visited by a senior officer who took a statement from her.

She had not yet returned to work after the incident, but was ''happy and a bit more relaxed'' about the matter after speaking to the senior officer, she said.

The police spokesman said officers were still interviewing some of those involved in the matter and it would not be resolved until later this week.