Delivered into the predators’ hands

By Chris Morris
3 Comments
Historic abuse in state care has left behind a trail of broken lives that stretches from one end of New Zealand to the other. Now, finally, the victims are being heard. In the first part of ODT Insight’s special investigation, reporter Chris Morris talks to Otago’s victim. 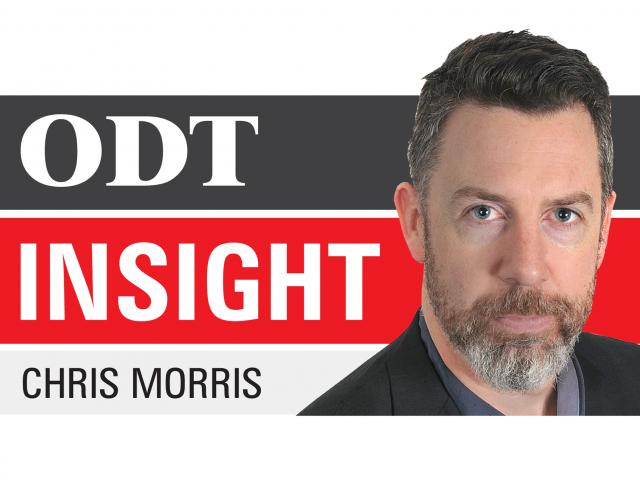 Gene Browne was supposed to get a better life.

The 9-year-old Milton boy was taken from his family and sent to the Dunedin Boys’ Home at Lookout Point in 1984.

He should have been safe in the state’s care.Instead, like thousands of other vulnerable children across New Zealand, he was delivered into the hands of predators.

The formative figures in his young life were no longer the mother who walked out of his life when he was 5, or the father left behind struggling to cope.

They were the adult staff who reached into his blankets at night, and the older boys who dispensed violence and sexual assaults on those least able to resist.

It was a pattern that repeated itself for nine years, as the young Gene was moved from one state home to the next — from boys’ homes to foster homes, from Dunedin to Christchurch, from the South Island to the North and back again.

Always on the move, and always under attack. 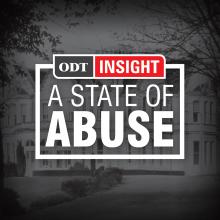 "When I got up in the mornings, the first thing I did was always go scrub my body," he said.

And when he ran away, or tried to raise the alarm, nobody listened.Instead, like thousands of others, he was handed back to the predators.

It is an experience he still struggles to talk about, even now, decades later.

The 42-year-old sits on the edge of his sofa, puffing on a cigarette, his eyes slowly filling with tears as he describes a life derailed.

His childhood of abuse blurred into a life of crime, spent mainly in jail, following a string of convictions for drink-driving and assaults

Since turning 18, his longest period of freedom has been just 18 months, he says.

And those who suffered from his explosions of anger included those closest to him — girlfriends who wanted nothing more than a cuddle in bed at night.

It was acts of intimacy that still caused  him to "lose the plot", Mr Browne said. 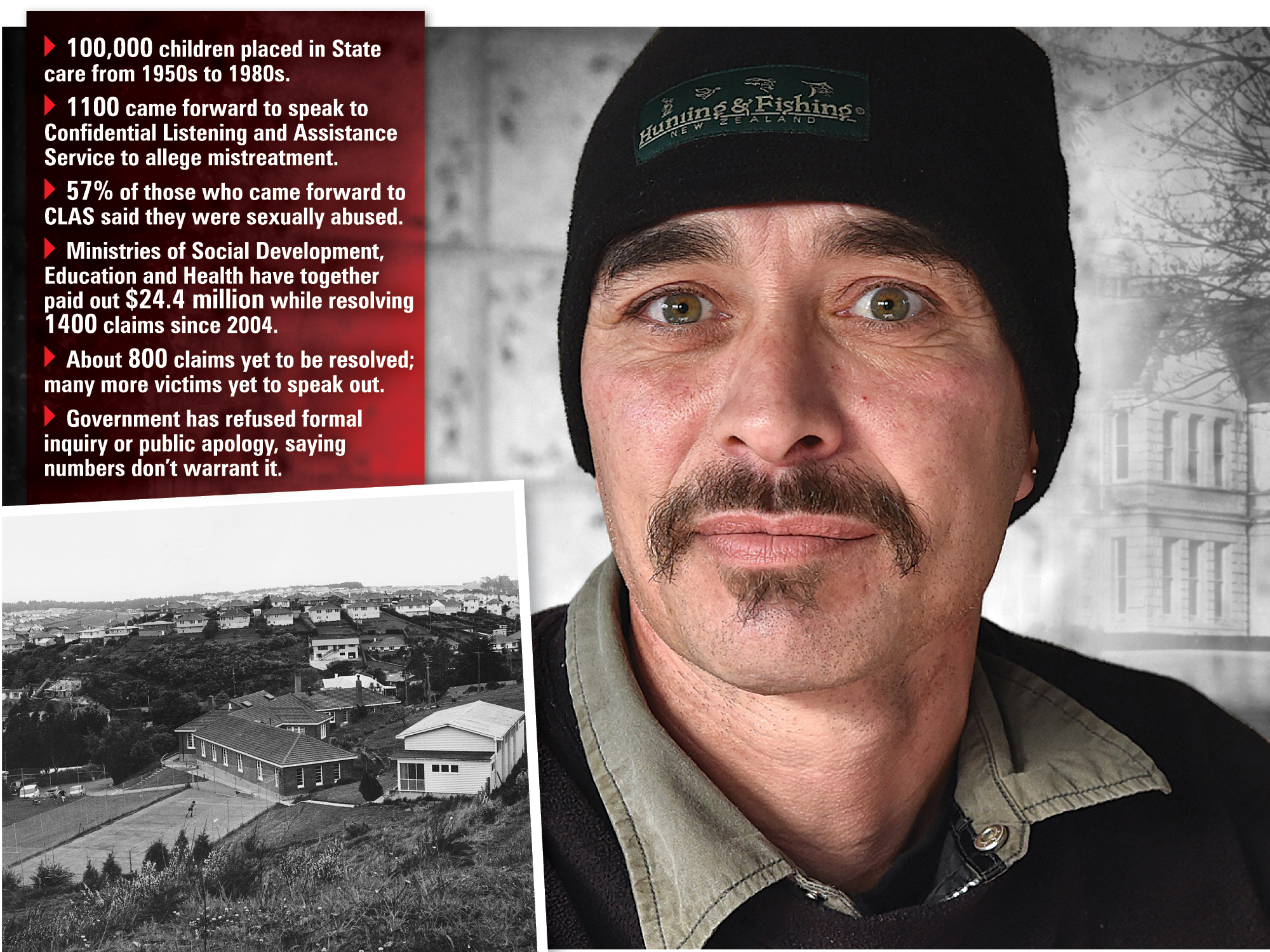 Gene Browne has struggled to find help over the decades, rejecting counselling and bottling up his feelings, and blaming himself for what happened. Photo: Craig Baxter.

"I’ve had three serious relationships, that have never worked out. I can’t sleep with anyone, because even if someone touches me at night, I just freeze.

"I just don’t like people near me. I can’t get touched," he said.

It is the first time he has told his story in five years, he says.He has struggled to find help over the decades, rejecting counselling and bottling up his feelings, and blaming himself for what happened.

He opened up to his father only after his own children were born, but for many years, the secret went no further.

The pair lived together in Milton whenever he was released from prison, and the hours of darkness left no hiding place for his torment.

"[Dad] would hear me at night, screaming ... fighting in my sleep." 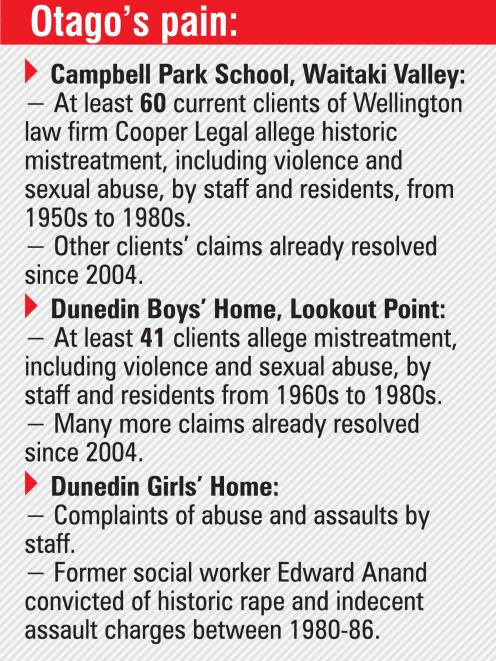 The situation only began to change for him last year, when his father visited him at the Otago Corrections Facility and pleaded with him: "You’ve got to do something."

His father died at Christmas-time, leaving him alone with his demons, but fellow inmates also encouraged him to seek help.

He contacted Cooper Legal, a Wellington law firm specialising in institutional abuse, which has 700 clients on its books with unresolved claims involving mistreatment in state care.

They include more than 100 clients with claims relating to Campbell Park School, in the Waitaki Valley, and the Dunedin Boys’ Home.

Mr Browne joined them last year, but to date has received neither compensation nor an apology and no help. 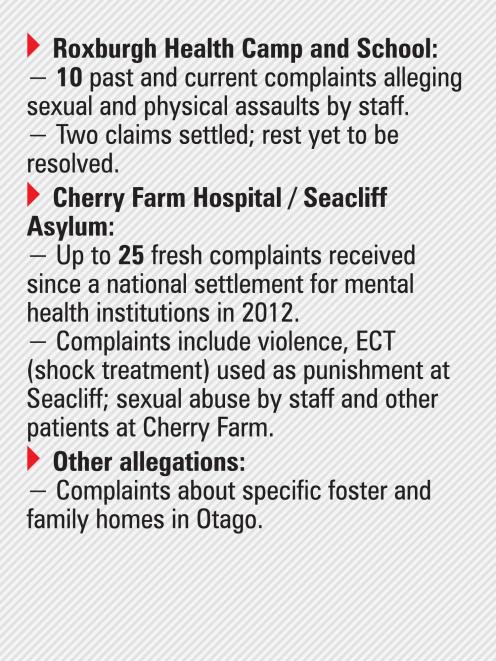 It is a story that echoes across New Zealand, where more than 100,000 children were placed in state care between the 1950s and 1990s.The Government’s Confidential Listening and Assistance Service (CLAS), set up to hear victims’ voices, in 2015 described it as a "careless, neglectful system which allowed cruelty, sexual abuse, bullying and violence".

The response to abuse began in the early 2000s, when nearly 500 court claims — and a potential bill of hundreds of millions of dollars — loomed.Historic claims teams were created within the Ministries of Social Development, Education and Health, followed by the CLAS panel in 2008, which travelled the country to hear victims’ stories.

The CLAS heard from 1100 people over seven years, 57% of whom reported being sexually abused.

They were offered help, including counselling, and more than 500 were referred to the MSD historic claims team, more than 600 to counselling services and 89 to police.

The government has also paid out $24.4million since 2004 and resolved more than 1400 claims, but nearly 800 more remain unsettled, figures released to ODT Insight show.

Many unresolved claims are still yet to be assessed and some have languished for years, despite a fast-track approach introduced in 2015.

The impact of abuse across all sectors of state care was detailed in the CLAS final report, "Some Memories Never Fade", released in 2015.

"Foster caregivers and extended families, social workers and staff, teachers, the clergy, cooks, gardeners, night watchmen, even other children and patients, all took part in abuse," the report says.In boys’ and girls’ homes, a system of "institutionalised bullying" subjected new arrivals to verbal, emotional, physical or sexual abuse, "or all of these".

"Not all staff were violent and abusive, but they seemed to turn a blind eye to what went on," the report says.

Examples were found everywhere — from  foster children falsely being  told their parents were dead, to  healthy children being sent to mental health institutions and given electroconvulsive therapy as punishment for disobedience.

The abuse took many forms, but the stories of violence and sexual assaults were repeated, again and again.

The impact was felt by the individuals, but also society as a whole, and "the ongoing costs . . . continue to be huge", the report found.

The group of 45 former state children initially included only two with claims about Campbell Park, but the list soon grew.

Even now, after reaching settlements for some clients, Cooper Legal had more than 60 clients with unresolved claims against Campbell Park, Ms Cooper said.

Ms Cooper, who wrote a report on her clients’ experiences, said Campbell Park stood out as "the absolute worst" case in Otago.

There was evidence of ‘‘endemic and systemic sexual abuse" of younger boys by older boys and staff, including "initiation" beatings and sexual assaults by packs of older boys on new arrivals.

Misbehaviour attracted severe punishment, including being locked in a limestone cave with steel bars, which served as the school’s "jail".

Those who complained were ignored or punished, including one child who was caned after telling staff he was being sexually abused by a priest at the school.

The boy was forced to continue working as an altar boy for the priest, exposing him to further abuse, she said.

Similar stories of violence and abuse emerged from the Dunedin Boys’ Home, and Cooper Legal still had more than 40 clients with unresolved claims relating to their time there, she said.

Violence and abuse there was protected by a strong "no narking" culture, encouraged by staff who set older boys on younger ones, participated in the violence or turned a blind eye.

"Clients describe that there was a kangaroo court where boys would be punished ... They would have to walk between two lines of boys who would kick and punch them".

"If boys reported abuse to staff they were told to harden up."

Six Dunedin hospital facilities — including Cherry Farm and the Seacliff facility — were also implicated after a report detailing abuse and neglect in mental health institutions was released in 2007.

A national settlement  followed, but  more clients were still coming forward, including up to 25 making fresh claims about the Cherry Farm and Seacliff institutions, Ms Cooper said.

Another 10 clients alleged historic mistreatment — including violence and sexual abuse — at the Roxburgh Health Camp and School between the 1960s and 1990s.

Together, the experiences helped paint a graphic picture of life in state care  and one that went beyond a few rogue staff, she said.

"It’s not just a bad-apple thing. It’s a systemic thing," she said.

Victims often took decades to come forward, but some were still not ready to speak out.

Others had died without seeing justice — something Mr Browne said he was only too familiar with.

"I’ve had a couple of mates who grew up in [the Dunedin Boys’] home with me, and it happened to them.

"They’re not here today because they couldn’t handle it. They’ve committed suicide," he said.

Thank you for bringing this story to more eyes - FURTHER AWARENESS OF THIS KIND OF INSTITUTIONALIZED ABUSE OF CHILDREN IS MUCH NEEDED!

To believe this just happened in "the bad old days" is folly. Children are still subject to predators who know how to find and exploit the vulnerable through state and other institutions - pizzagate and pedogate are real.

Thank you for telling your story, you are so brave, you and many others have suffered abuse from the very system that promised to help . Although nothing can make up for the abuse , justice must be done and the abusers must be brought to light and prosecuted and the systems that let you down must be investigated , you need compensation and an apology for these terrible wrongs done to you . Your story brought tears to my eyes, that a little boy should be put in a system where this kind abuse is acceptable , there are no words ,no one should have to go through what you have been through.