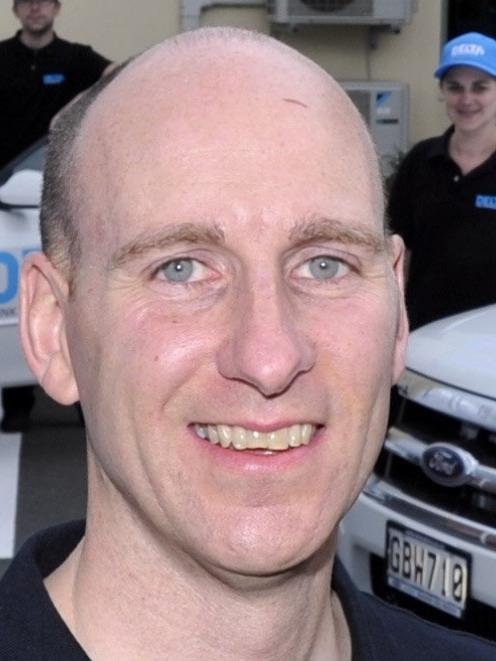 Delta CEO Grady Cameron
Dunedin Mayor Dave Cull says the integrity of the Dunedin City Council's companies is on the line after the Office of the Auditor-general yesterday launched an inquiry into land purchases by Delta.

The investigation would examine all aspects of the council-owned company's decision to spend $14.12 million on property at Jacks Point, in Queenstown, and Luggate, near Wanaka, in 2008 and 2009.

That included how and why the purchases were made, consideration of risks, compliance with legislation, and the identification and management of any conflicts of interest, the OAG statement said.

The Auditor-general would also consider to what extent the council - as the shareholder of Delta's parent company, Dunedin City Holdings Ltd - was involved, and any other matters considered "desirable" to report on.

It was not yet known how long the inquiry would take, but "relatively contained" inquiries usually took up to three months, while more complex investigations could take six to 12 months, the OAG statement said.

The inquiry could see those involved required to provide information and give evidence under oath.

Yesterday's announcement came after confirmation last month Delta had written down the value of its investments by $9 million, including by $7.5 million for the Jacks Point and Luggate properties.

The company paid $8.82 million for 9.4ha of land at Jacks Point, and $5.3 million for a 50-50 stake in the joint venture property development at Luggate.

Mr Cull yesterday told the Otago Daily Times the inquiry came after he contacted the Auditor-general's office in early October to discuss information he had received that was "new to me" about the company's purchases.

He would not say what the information was, other than it came from "a variety of sources", covered "a number of things", and "clearly" raised concerns.

"There's clearly questions and concerns that go to the heart of council and community confidence in the integrity, potentially, of council company process." Delta chief executive Grady Cameron issued a brief statement late yesterday, saying he "welcomed" the inquiry and "the opportunity for an independent review of the decision-making processes".

The company would "co-operate fully" and adopt any recommendations that followed, he said.

"We look forward to the outcome." He would make no further comment until the inquiry was complete, and has declined repeated ODT requests for an interview this week.

DCHL chief executive Bevan Dodds said he was yet to hear from the OAG and did not expect to be "too involved" in the inquiry, but would co-operate if contacted.

DCHL chairman Denham Shale - who was appointed after the purchases - said he looked forward to the inquiry's findings, but would not comment on transactions dating back years "made in the climate of the time".

Details of both property deals were reported in 2008 and 2009, but claims of conflicts of interest and other concerns have continued to swirl.

Cr Lee Vandervis - who also complained to the Auditor-general's office earlier this month about the purchases - said he was pleased by the OAG's decision to investigate, and the scope of the inquiry.

It was "too early to tell" who was to blame, but if mistakes were identified, heads should roll, he said.