By Chris Morris
3 Comments
What do you know about the 14 candidates contesting the 2019 Dunedin mayoral elections? City council reporter Chris Morris puts the questions to Malcolm Moncrief-Spittle. 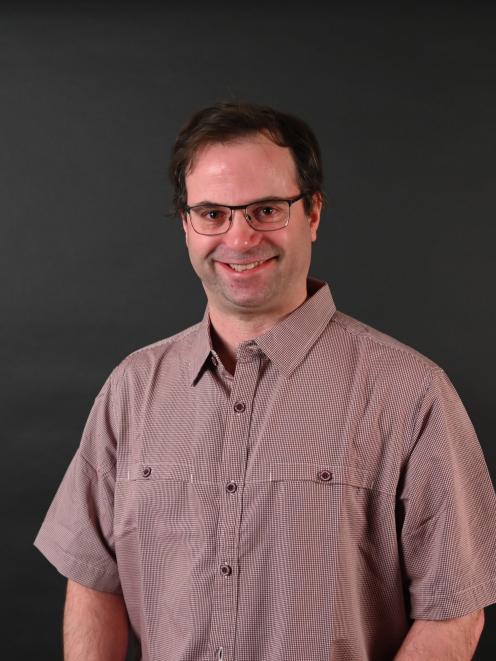 Malcolm Moncrief-Spittle is a defender of free speech - even by controversial figures - and a self-described climate change "sceptic".

The rare-book seller has spent most his life in Dunedin, and is standing for mayor because he wants to see a less "alarmist" response to climate change from the Dunedin City Council.

He doesn't deny the climate is changing, but argues the provision of suitable infrastructure would avoid the need for a managed retreat from South Dunedin.

There's two main parts of my platform that I'm most passionate about. One is keeping the rates rises lower, and the fee increases lower. I think they should be under 4% - they should be closer to inflation - otherwise it makes living in Dunedin progressively less affordable. And the second main component is that I'm a climate sceptic, and I think the current council - and potentially the next - is dominated by too many climate alarmists.

I don't see the mayor as being a kind of despot or ruler who makes decisions on their own. It's the council as a whole that votes on resolutions, but I do think, at the symbolic level, it would be better to have a mayor who isn't a climate alarmist. Flooding events occur naturally and whenever we have the next flooding event, we have the mayor saying `oh, this is climate change'. I don't think that sends the right signal to people in South Dunedin, or wherever the flood occurs.

I think I have a good basic general knowledge, a good scientific knowledge and mathematical ability, and I think these are important for all people on the council, and for the mayor, to have, rather than relying on expert advice from other scientists.

I think it's doing the kerbside recycling well, but I do like the idea of introducing the second wheelie bin instead of plastic bags. I think it could do better by just backing off in some areas, for example I think they spent $300,000 just on the phase 1 inquiry into theatre buildings. I see that as an example of where we could just let volunteers in the community [do the work]. If enough of them have a commitment to creating a theatre space, they will kind of do it themselves.

You've spoken about climate change alarmism - what's the difference between alarmism and denial, and what you would change if you were mayor?

I see the present mayor as being an alarmist, because he attributes flooding events that have occurred in 2015 to climate change.

I prefer the term sceptic to denial. I don't deny the climate changes. The climate has been changing for millions of years. The sceptics don't even deny there's maybe some human component ... It's being sceptical about how concerned we should be about what the climate is doing.

I'd be reassuring people in South Dunedin that nothing extraordinary is happening with the weather, that there's no need to have a managed retreat or partial retreat, and I'd make sure we didn't confuse issues of coastal erosion and climate change-induced effects.

You're part of the Free Speech Coalition, which is taking legal action against Auckland Council over its decision to ban Lauren Southern and Stefan Molyneux from speaking at its venues - why, and how applicable is that to Dunedin?

I think it is applicable. It's a free speech issue ... The problem is you could have a sort of thugs' veto, where people threaten to be disruptive and then speakers get cancelled. The same thing could come up if we had a controversial speaker here.

There are other factors that can cause climate change, like increased solar radiation, the shifting of the Earth's axis, deforestation and harvesting. The reduction in antarctic sea ice has been put down to greater wave movement under the sea ice breaking up the ice above.

"I don't deny the climate changes."
Cut and paste from the Heartland Institute

Saying nothing to worry about is not reassuring. Climate scepticism is ideological and would mean no infrastructural or forward planning in case cc is happening.