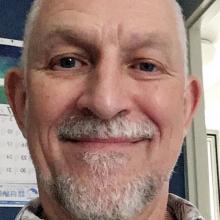 A new Southern disability strategy must be more than just words, the man who is charged with bringing it into action says.

Yesterday, seven years after the Southern District Health Board resolved to draft a disability strategy, it launched the document at a function attended by people with a range of disabilities.

Access adviser John Marrable, a paraplegic for most of his life, has been appointed chairman of a steering committee to put the plan into action.

"It’s a very pretty document but it has to be more than that, because one in four people have some level of disability," Mr Marrable said.

The committee would be half SDHB representatives and half people with "a smorgasbord of disabilities", he said.

"We will be there to make sure this document comes to life and means something.

"A lot of it is education, and every time we meet someone it is an exchange of views.

"When we are dealing someone with a disability sometimes things have to be explained a bit more. It is about awareness, and a lot of the strategy is aiming towards that."

Mr Marrable said much of the committee’s work would be aimed at allowing people with disabilities to live in their homes without impediment.

Issues such as timely needs assessments and adaptation of homes, a problem highlighted by Dunedin man Joshua Perry in a petition to Parliament, were unacceptable, Mr Marrable said.

"Hopefully, the disability strategy means that we can tell more good stories and that we will have a mechanism to deal with the bad stories."