Dog dies in house gutted by fire in Wakari

A dog was killed when fire ripped through a house in the Dunedin suburb of Wakari this morning.

Crews from St Kilda and Dunedin were called to the fire, on Mayfield Ave, at 11.45am.

They requested additional crews from Lookout Point and Willowbank.

"All people are accounted for and there are no injuries,'' the spokesman said.

The cause of the fire was unknown, and a fire investigator would be at the scene this afternoon.

A photo of the house shows it has been significantly damaged.

A reporter at the scene witnessed a firefighter carrying a dead dog from the house.

The reporter said as of just before 12.10pm it appeared the fire had been largely contained.

Smoke was still spewing from the house, but there were no visible flames. 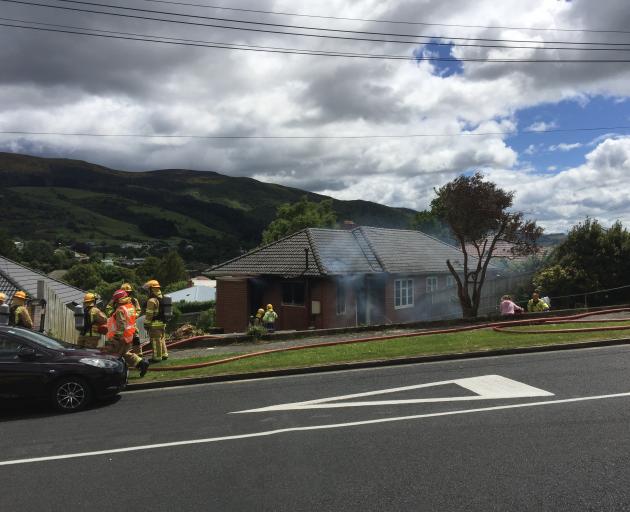 A house on Mayfield Ave has been significantly damaged by fire. Photo: Gregor Richardson
Comment now