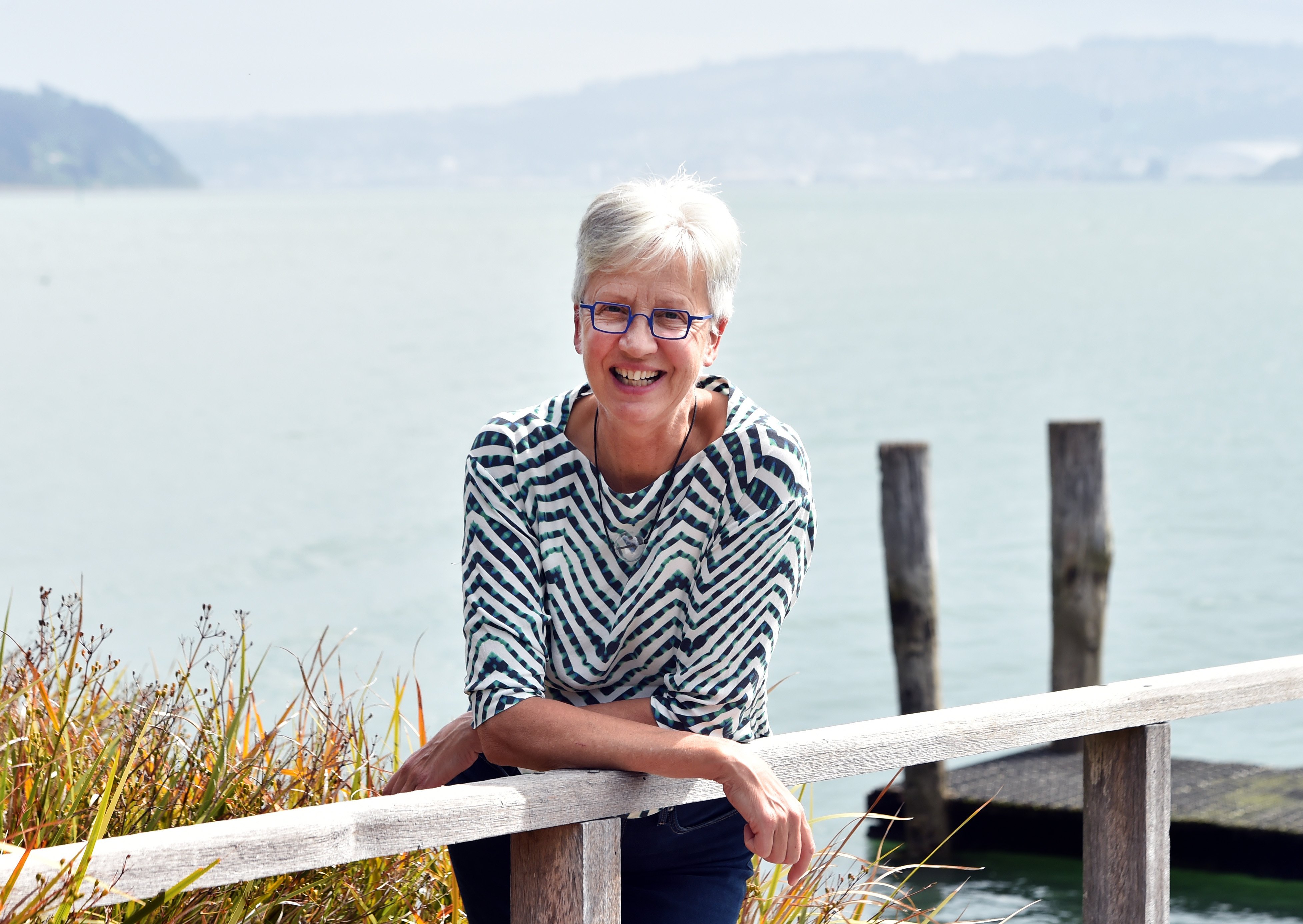 New Zealand should not miss the chance to develop a more sustainable approach to tourism during the Covid-19 international travel restrictions, Prof Liz Slooten says.

Prof Slooten (62) is retiring from the University of Otago zoology department in May.

She has become chairwoman of the Dunedin-based Wise Response environmental sustainability group, succeeding Emeritus Prof Sir Alan Mark, whom she calls a trailblazer in conservation and a "hugely important figure" in our country’s environmental movement.

New Zealand faced not only challenges with climate change, but also with overpopulation and overconsumption, she said.

Prof Slooten, of the Otago zoology department, and partner Prof Steve Dawson (63) of the Otago marine science department, have both opted to retire earlier than their initially intended dates, late next year. 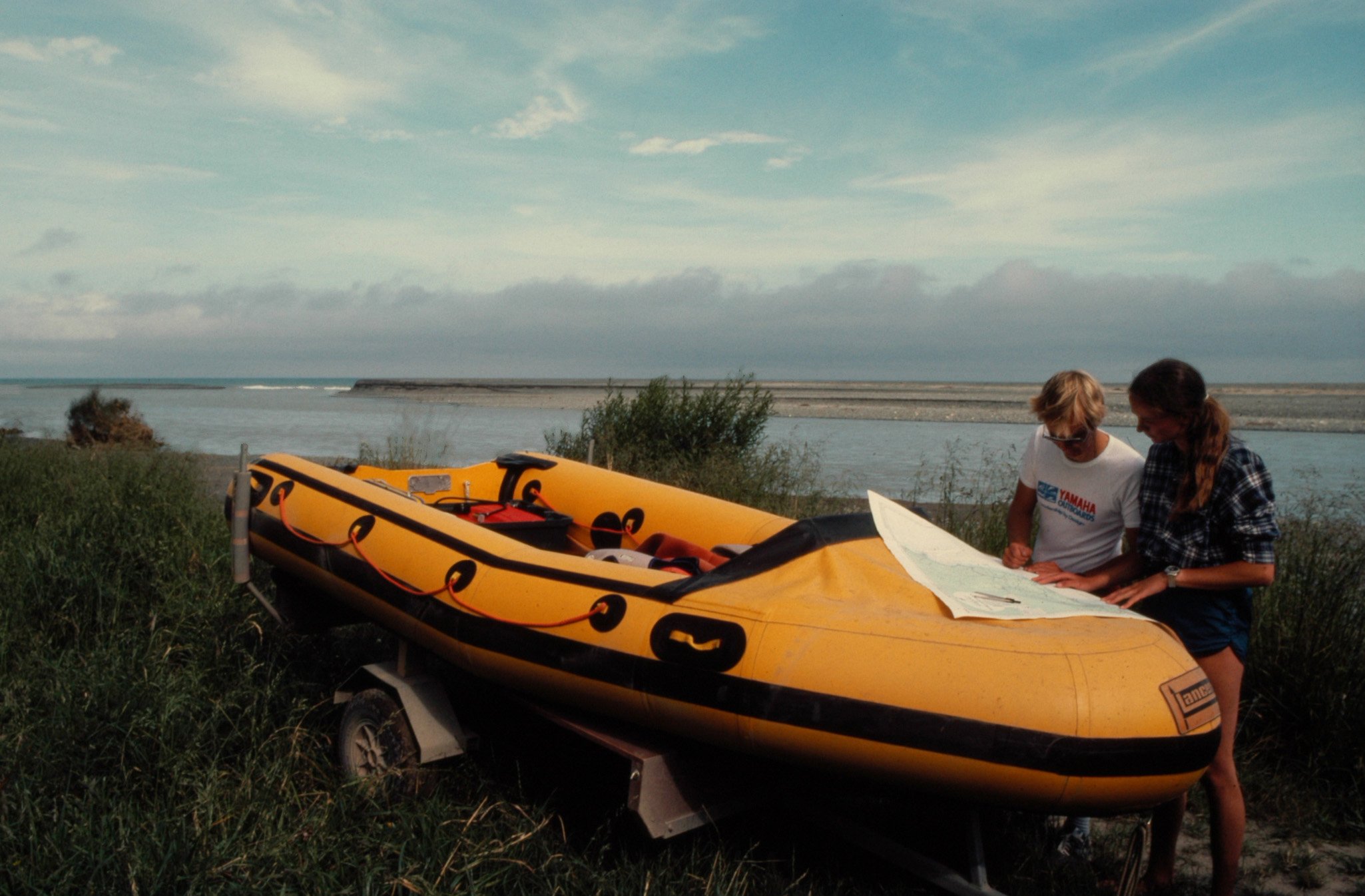 Marine biologists Profs Liz Slooten and Steve Dawson plan the next day’s boat voyage, during their first dolphin population survey, near Nelson, in December 1984. PHOTO: STEVE DAWSON
Prof Dawson, who was then the departmental head, offered an earlier retirement as part of efforts to retain several other staff during a restructuring process involving marine science in 2019.

Prof Slooten said that before the Covid border shutdown, tourism had been "really getting out of control, with numbers determined by marketing and profits rather than sustainability".

"In order to make sure we don’t kill the goose that laid the golden egg, we need to keep tourism numbers low and go for quality rather than quantity.

"A smaller number of tourists that each spend more money—buying meals, paying for accommodation, going on high quality, well organised wildlife tours, etc — will be much better for a long-term sustainable tourism future," she said.

"Yes, we need to build a New Zealand that is truly sustainable, long term," she said.

In 2013, Prof Slooten chaired the organising committee of a big international Biology of Marine Mammals conference, which attracted about 1200 participants in Dunedin, including more 300 from abroad.

At that stage she said "Dunedin was indeed the wildlife capital of New Zealand" — "of the major cities, we’re it".

New Zealand was a marine mammal paradise, being home to several species found nowhere else in the world, and Dunedin was a "very special place" for marine biodiversity.

"We are lucky in Dunedin to have so much wildlife on our doorstep, with albatross, penguins and sea lions easily accessible not far from the city," she added this week.

"We could strengthen this claim by doing more to protect these species."

Protection at sea was particularly important, she said.

Born in the Netherlands, she emigrated to New Zealand in 1977 at the age of 19, and began her Otago University career in 1990, initially as an assistant lecturer.

Decades of devotion to dolphin and other marine mammal research by Prof Slooten and Prof Dawson, have won them national recognition.

Apart from increased sustainability, Prof Slooten, who has previously served on the university’s governing University Council, would also like to see some other reforms and changes of direction.

She believes the Government should take another look at changes announced by then National Government Tertiary Education Minister Steven Joyce, in 2014, which resulted in smaller university councils with a "dramatic reduction" in teaching and research staff, and in student representatives.

She disagreed with the overly commercial approach to education evident in those nationwide university council-trimming moves, which also effectively gave more influence to the ministerial representatives on the councils, she said.

"The university councils need to represent the skills involved in the work of a university, that is teaching, research and the role of critic and conscience of society. That is what universities are for, " she said. 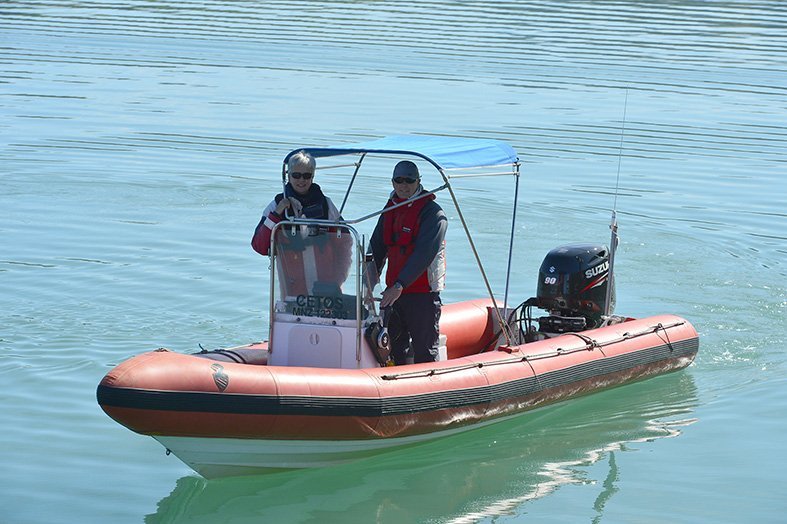 Prof Liz Slooten and Prof Steve Dawson use their 6.5m-long vessel Cetos in Akaroa Harbour in the mid-1990s. PHOTO: SUPPLIED

After secondary school in the Netherlands and BSc and MSc studies in marine biology at the University of Auckland, where she met Prof Dawson, Prof Slooten completed a 1990 PhD from Canterbury University on the population biology, social organisation and behaviour of Hector’s dolphins.

When she reflected on her long research career with Prof Dawson, she was "most pleased about having started and continued three long-term research programmes, on Hector’s and Maui dolphins, bottlenose dolphins in Fiordland and sperm whales off Kaikoura".

"I’m especially pleased that each of these projects has resulted in real improvements in protection for these species."

New Zealand’s endemic dolphins, comprising Hector’s in the South Island and the Maui dolphin in the North, had gone from rapid decline in the 1980s to at best flat lining, or at worst slow decline, today.

"We urgently need to improve protection from deaths in fishing nets," she said.

Otherwise New Zealand stood to lose Maui dolphins (57 individuals) and several of the smaller Hector’s dolphin populations, at Otago and the Catlins, at about 45 individuals each.

"We will regret having much less contact with students.

"The restructure of the marine science department [in 2019] was a very stressful time, especially for Steve who was head of department at the time.

"The service staff review was also very stressful, with both marine science and zoology losing senior administrators who smoothed the progress of both departments," she said.

"I will continue to do research, including fieldwork, data analysis and publishing research papers.

"I expect my publications to increase over the next few years, with fewer other responsibilities.

She would stop formal university teaching, but would do more public education work, and school talks and public talks for Rotary and U3A.

"I’m really looking forward to it. We will be moving into a great stage of our careers. Continuing to do research and doing a lot more sailing than we have time for at present."