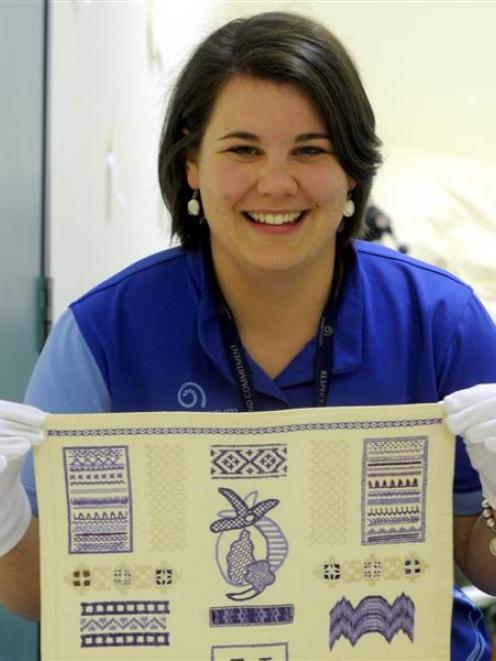 Moira White, the museum's humanities research and interpretation co-ordinator, is delighted the samplers have been donated.

The late Miss Moran (1892-1974) was the first needlework teacher at King Edward Technical College and the museum already holds more than 500 items associated with her, including many of her own embroidery works.

The museum holds 30 samplers, and the two recent donations had been the first samplers added to the collection for more than 15 years, museum officials said.

The two recently-donated samplers were made by former pupils of Miss Moran at the technical college, one made in 1955 by fourth form pupil Ngaere Christeson, and the other in 1957 by then third former Judith Craven.

Miss Moran obtained her teaching diploma from a London training college, and in 1928 was appointed to the Dunedin college post, where she became well known throughout New Zealand for her enthusiastic teaching and promotion of embroidery skills.

She worked at the college for 30 years and is estimated to have taught 10,000 girls and women as well as some World War 2 returned servicemen.

Scots-born, she had initially attended the Royal Academy, Inverness, later studying embroidery in Belgium and France, before travelling extensively in the United States, where she gained seven needlework diplomas.

Dunedin embroiderer Gay Eaton wrote, in a biography of Miss Moran, that she showed "remarkable" teaching ability and had a "profound" influence on the development of embroidery in Otago and elsewhere in the country.

After retiring in 1957, Miss Moran was involved in the founding of the Otago Embroiderers' Guild, and served as its first president.

The guild's 50th anniversary was recently marked by an exhibition at the Otago Settlers Museum.