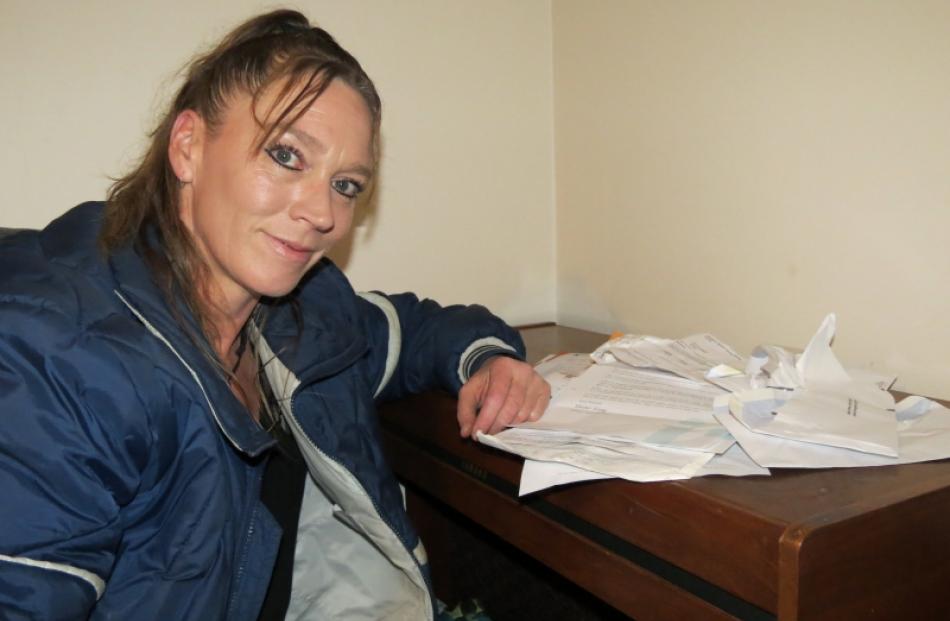 Solo mother Toni Leighton is one of 644 Dunedin residents to join the Fair Play on Fees lawsuit. Photo by Jonathan Chilton-Towle

More than 600 Dunedin residents have registered to participate in an upcoming class action about bank default fees they believe are unfair.

Nationwide, 24,000 Kiwis have registered for the ''Fair Play on Fees'' law suit which is to be handled by Australian firm Slater and Gordon. Registrations are still open.

The defendants are not yet known, but Slater and Gordon representatives previously said ASB, ANZ, BNZ, Westpac and Kiwibank would be targeted.

The case is backed by Litigation Lending Services (NZ), so there is no upfront cost to participate and if the case fails then clients will pay nothing.

One of the 644 Dunedin residents participating is solo mother Toni Leighton.

An ANZ customer, Ms Leighton struggled to cope financially after a relationship break-up caused her bank account to go into an unarranged overdraft - an overdraft that attracted overdraft fees on top of withdrawal fees.

Ms Leighton said she found herself in a ''cruel cycle'' of withdrawal fees contributing to overdraft fees. All up, she estimated she might receive a couple of thousand dollars if the case was successful.

''Default fees cannot be a source of profit for the banks. They must be in line with what the cost is to facilitate the transaction,'' he said.

''The millions of dollars that the banks make every year from these fees is wrong and it's not just us who says so - the law does, too.''

New Zealand Banking Association chief executive Kirk Hope said Fair Play on Fees had not been able to attract the numbers of clients they thought they would achieve.

''I think the numbers, around a million, and the dollars, several billion, that they promised were plucked out of thin air to be quite frank,'' he said.

The fees represented the cost of banks' IT infrastructure which Fair Play on Fees incorrectly assumed had no cost, he said.

The Commerce Commission had overseen bank fees for the last decade and had not taken action. Mr Hope believed this was a strong indicator the fees were fair.

He advised concerned customers to speak to their banks as the fees were avoidable.