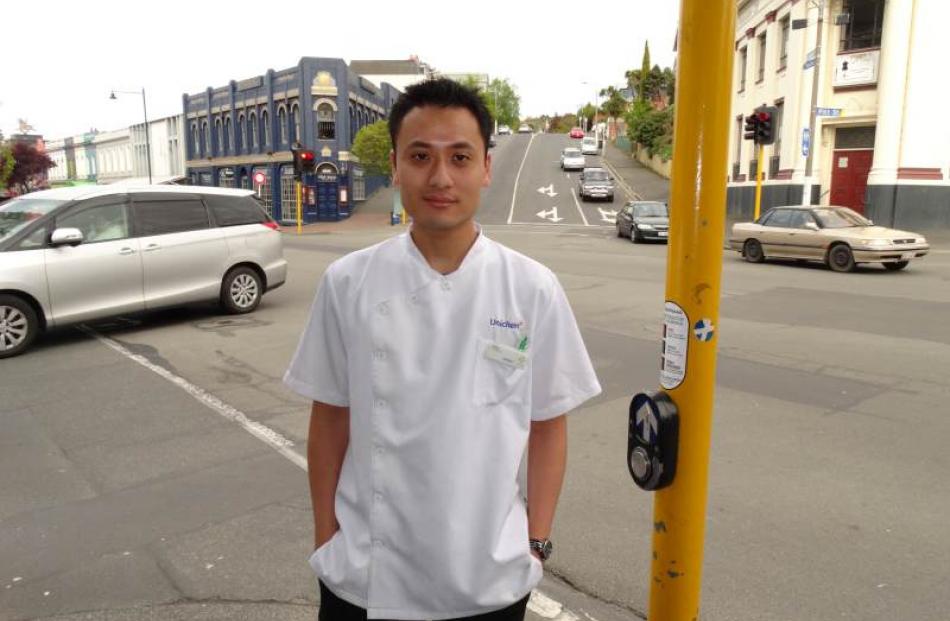 The George St-London St intersection is the most dangerous in Dunedin, closely followed by the King Edward St-Hillside Rd intersection, according to recent statistics released by the New Zealand Transport Agency.

The NZTA identified the eight most dangerous intersections in Dunedin, listed in the table (right), according to the number of ''fatal and serious injury crashes''.

However, the agency also said remedial work carried out since 2013 had led to safety improvements at those intersections. The city's most dangerous intersection, where George St intersects with London St, is a busy melting pot of shops, cafes, professionals hurrying to work and students commuting to university.

''It is very busy and there are quite a few incidents at this intersection, but police presence has increased,'' said Shin Wei Chan, the dispensary manager for Knox Unichem Pharmacy, which is opposite London St.

''There is always a lot of honking and screeching. The biggest risk seems to be to pedestrians when cars do not stop to give way,'' he said.

According to NZTA data, there were six fatal or serious injury crashes at the George St-London St intersection from 2005 to 2014, two of them between 2010 and 2014.

as does King Edward St in South Dunedin (on the intersections with Hillside Rd and Macandrew Rd).

Six of the roads are administered by the Dunedin City Council and two by the NZTA.

The crash data does not include minor incidents or injuries, and only reports on crashes that happened within 30m of an urban intersection and within 100m of a rural intersection. The NZTA said in a statement that non-fatal crash numbers were often under-reported, with ''the level of under-reporting decreasing with the severity of the crash''.

''I haven't heard any particular feedback on the George St-London St intersection, although it is hectic because of it being central and a transit route for students,'' he said.

''But it is interesting King Edward St features twice. There is a lot of cycling traffic that makes its way to Pak N'Save and The Warehouse or transits down Princes St, so I think a lower speed limit in the area should be seriously considered.''

Dunedin City Council network development and operations manager Michael Harrison said he had no comment on lowering the speed limit around the Hillside Rd-King Edward St intersection. He said the majority of road fatalities and serious injuries involved pedestrians which was why the council had focused on putting in further pedestrian protection along the hotspots of George St and King Edward St.

''At the moment we are examining the Duke St intersection with George St and examining trends to see what further can be done,'' he said. NZTA senior safety engineer Roy Johnston said the eight most dangerous intersections in Dunedin had ''all had safety improvements completed since 2013 to address the crash risk for pedestrians, cyclists and vehicle drivers''.

''The crash records are indicating that the work completed appears to have resulted in an improvement,'' he said. At the worst intersection - George St and London St - there had been no fatal or serious crashes since pedestrian protection was installed in 2013, the NZTA said.

It said police in Dunedin were targeting ''high-risk intersections and risky behaviour such as red-light running at intersections''.

Number of fatal and serious injury crashes at intersections in Dunedin