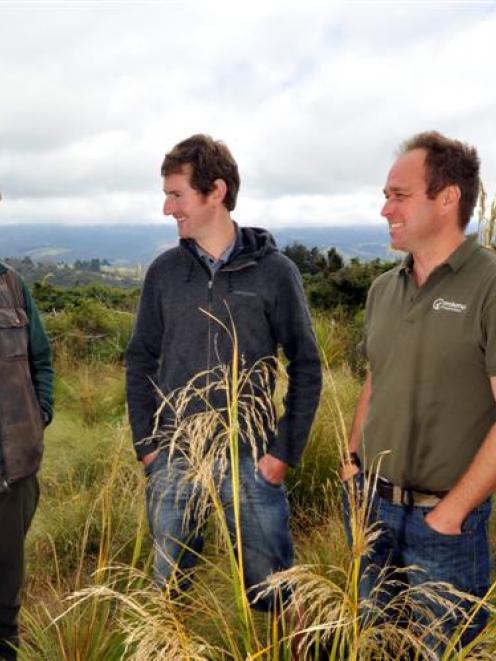 The male and female, each about 10 years old, will be moved from a Department of Conservation reserve to the ecosanctuary, north of Dunedin, between the end of March and May.

It is likely an unsuccessful breeding pair, from Maud Island in the Marlborough Sounds, will become the ecosanctuary's first advocacy takahe.

The aim is to raise the public profile of takahe, of which only about 250 remain, and free up valuable Doc reserve space for more successful breeding pairs.

"We are trying to ensure that more and more New Zealanders actually know what a takahe is. It is the rarest species we'll release in Orokonui, so for us it's a big endorsement for our project," Orokonui conservation manager Elton Smith said.

"It's not only pests and predators that are a risk. Often there are little things that you can overlook. Occasionally, birds have been caught up in old stock fences and that's killed them, or they can get into ponds, get stuck and drown.

"Some do quite well at knocking themselves off; what we call death by misadventure," Mr Marsh said.

Takahe are relatively robust birds, weighing up to 3kg and living beyond 25 years in captivity.

They can be seen at a few wildlife centres in the South Island, but Orokonui will provide public viewing of takahe in their most wild and free state.

Mr Marsh was impressed with the ecosanctuary and what it would offer resident takahe.

"It will be a really fantastic habitat for them. Hopefully, they'll live for at least 10 to 15 years here before needing to be replaced," he said.

Initially, the takahe will be released into a fenced area about 22m by 10m, set up on the ridge saddle between Mopanui and Mihiwaka, within the ecosanctuary's reserve ringed by a predator-proof fence.

Once familiar with their new environment, the birds will be allowed to roam the larger enclosed area and return at will to the small fenced section for supplementary food.

Because of its size, Orokonui was probably unsuitable as a takahe breeding site, Mr Marsh said.