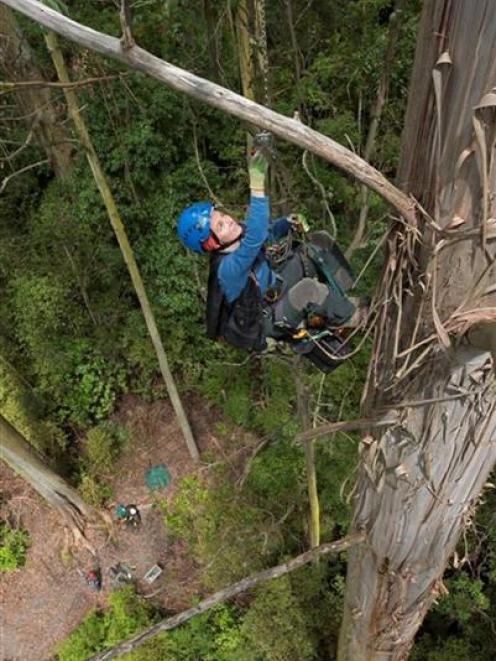 The Australian mountain ash at Orokonui Ecosanctuary, which is recognised as the tallest tree in New Zealand, has grown half a metre.

The Eucalpytus regnans was recently re-measured at 81.26m by United States researchers, using survey lasers and the sine method. It was last measured at 80.5m in 2012. The researchers also found the tree had a 43.3cu m main trunk and boasted 88 branches.

It is the only tree in New Zealand above 80m and it could yet grow up to 120m and live for another 100 years.

''We are delighted to be protecting New Zealand's tallest tree, as well as several other trees in the same plantation,'' ecosanctuary general manager Chris Baillie said this week.

''You could say that this tree is a New Zealand native. Before the ice ages, about 15 million years ago, eucalypts did grow in the inland Otago region. Fossil eucalypt leaves have also been found in Dunedin's Frasers Gully.''

The Australian mountain ash is the second-tallest species in the world, behind the Californian redwood Sequoia sempervirens, and is native to Tasmania and Victoria.

The tree was first measured in 1968, at 58.8m. It was re-measured at 69.1m in 1982 by New Zealand Forest Service research technician Frank Pepers for the book Great Trees of New Zealand.

It has since been known as the ''Frank Pepers Tree''.

Otago Polytechnic arborist Mark Roberts climbed the tree in 2004 and measured it at 77m.

The tree is located in a grove of eucalypts, about an hour's walk from the visitor centre, in the lower, northern end of the ecosanctuary.