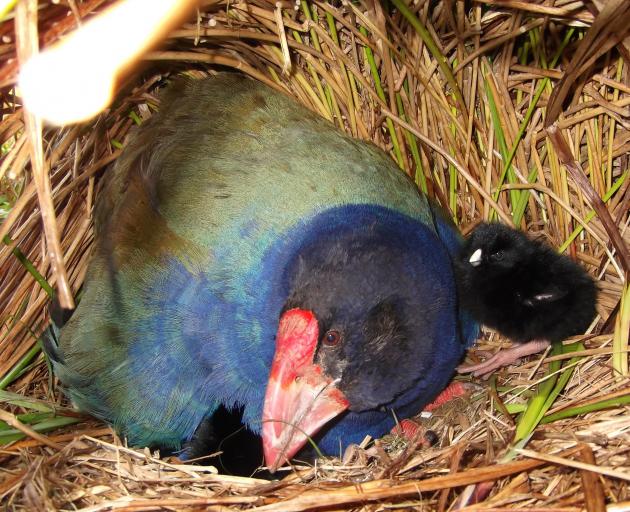 PHOTO: MAX QUINN
Orokonui Ecosanctuary takahe Paku (left) with one of two chicks which hatched at the sanctuary earlier this month.

Last month, two fertilised takahe eggs from the Burwood Bush Takahe Rearing Unit, near Te Anau, were swapped with what were believed to be two unfertilised eggs from Paku.

During the swap it was discovered one of Paku's eggs was fertilised.

Orokonui Ecosanctuary general manager Chris Baillie said while Paku's own egg ``miraculously'' hatched at the Te Anau Wildlife Park, the chick had genetic abnormalities and its chance of survival was not known.

Eggs laid by another takahe pair at Orokonui died, she said.

The chicks had taken the sanctuary's takahe population to seven.