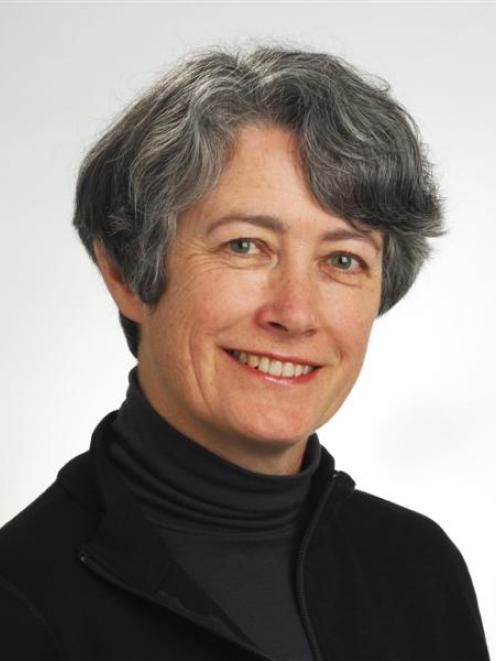 Alison Cree
For the first time in about 500 years, the South Island is again home to tuatara hatched in the wild.

''It is pretty exciting,'' tuatara expert Associate Prof Alison Cree, of the University of Otago, said.

Wild tuatara were almost wiped out on both islands following the arrival of humans in New Zealand centuries ago. 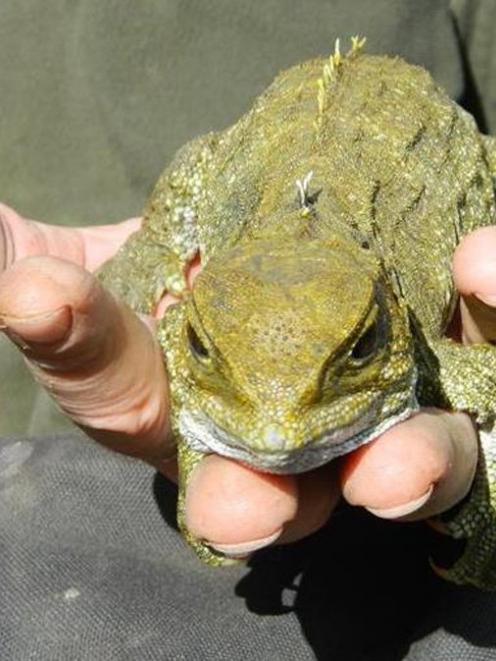 An adult tuatara from Orokonui. Photo from ODT files.
Prof Cree has specialised in studying tuatara for more than 20 years and has been monitoring tuatara eggs since they were laid at Orokonui about two years ago.

Her research team discovered the hatched eggs in late March.

''To incubate for so long, through two winters, is pretty significant,'' Prof Cree said.

''It's been a long time in the development of the project. But you have to anticipate that with such a long lived animal, that things will take a while.''

Although they had yet to see the hatchlings, Prof Cree and her team believed all three were female.

''The temperature of the nest was cool,'' she said.

Prof Cree and her team now had to sort through thousands of photographs taken by a time lapse camera trained on the eggs to try to catch a glimpse of the tuatara hatching and leaving the nest.

Hopefully, the tuatara population at the ecosanctuary would continue to grow, with both male and female animals, she said.

''We hope it's just the start of something that will be ongoing for Orokonui.''