Elton back in Dunedin for farewell tour 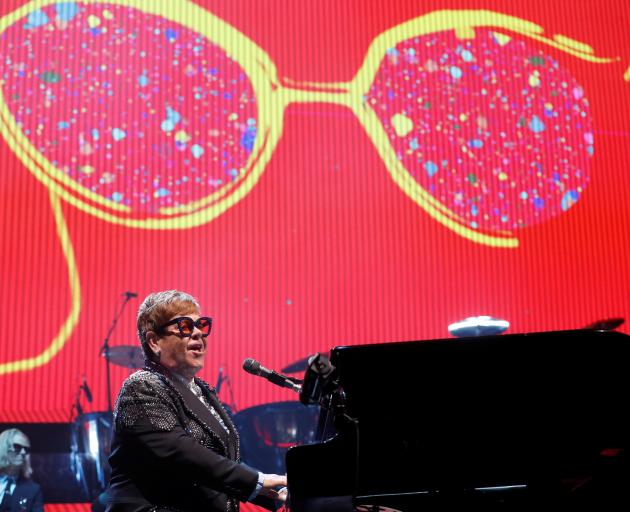 Sir Elton John was the opening concert at Forsyth Barr Stadium in November 2011 and will return to Dunedin as part of the Farewell Yellow Brick Road Tour next year. Photo: Getty Images
The Rocket Man will be following the yellow brick road back to Dunedin for a farewell concert before he lets the sun go down on his career.

Sir Elton John, a Grammy Award-winning artist who has sold more than 300 million albums, will perform at Dunedin's Forsyth Barr Stadium on February 4 in 2020, his southern-most concert location.

The music icon is giving up life on the road to focus on his family, but before he does he's on one final tour to say goodbye to fans in person.

The Farewell Yellow Brick Road Tour will see John deliver his greatest hits to audiences around the world.

The tour kicked off in September 2018 and will last a full three years, comprising more than 300 shows across five continents.

It's already being lauded as one of the star's most "energetic, dazzlingly-original and joyful celebrations", and a "reflective and stunning tribute to a great artist's career".

Not only will fans get to hear the hits live, the tour promises a "rare glimpse" into John's life and the personal meaning behind some of his greatest hits through never-before-seen images and videos which will play throughout the show.

John said it was 48 years since his first concert here. His first was at Western Springs in Auckland in 1971.

"New Zealand, I can't wait to be with you again.

"This tour will see my 12th concert in Auckland, my 2nd concert in Dunedin at the Forsyth Barr Stadium, which I opened many years ago, and my first performance at Hawke's Bay. I am thrilled that this final tour will see me and the band playing somewhere new in your great country."

Dunedin Venues Management Ltd chief executive Terry Davies said it was "a fantastic result for the stadium, city and fans, that they will get the opportunity again to see this super star of his farewell tour.

"We’re so pleased that he’s coming back to Dunedin as his only South Island concert. His music is timeless and adored by so many, we’ll be looking forward to another sell-out crowd.”

John last played in New Zealand in November 2015, when he performed for some 30,000 fans at Wellington's Westpac Stadium.

He also made headlines for becoming a real-life rocket man when it was revealed he arrived in New Zealand by private jet just hours before taking the stage, and headed back to the airport before his backing band had even closed the show.

When he returns this time, things will likely be just as much of a whirlwind as he comes to us from a 15-show run throughout Australia and leaves us to continue the global tour for another year.

"I'm ecstatic and humbled to continue to play for audiences across the globe," he says.

"I plan to bring to my final tour the passion and creativity that has entertained my fans for decades ... It's the most produced and fantastic show I've ever done. I want to go out with a bang."

Tickets go on sale at 9am, February 14 via Ticketmaster for Dunedin and Auckland, and missionconcert.co.nz for Hawke's Bay. For more information, see oznz.eltonjohn.com.