Encore for festival after its 'resounding success' 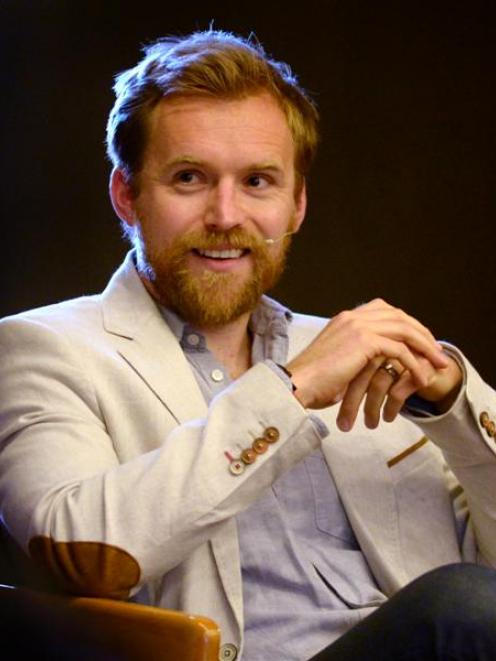 English author and adventurer Huw Lewis-Jones during his talk, ''In Search of Adventure - Expeditions and Explorations'', in the Dunedin Public Library's Dunningham Suite yesterday. Photo by Gerard O'Brien.
The Dunedin Writers and Readers Festival, which ended yesterday, will be booked again next year after the ''resounding success'' of the inaugural event.

''We're thrilled to have created such a strong foundation for our inaugural festival and look forward to building on our work next year.''

''Almost every session was sold out and the feedback has been incredibly positive.

''Festival-goers have been inspired, stimulated, made to laugh and moved throughout the sessions,'' Miss Bligh said.

''It's been a resounding success.

''We got great feedback from the audiences and the writers.

''We'll definitely be holding it again next year, although we haven't made a decision yet on whether it will be an annual event,'' Miss Bligh said.

''We've got a list of people for next year, but we haven't asked anyone yet.

''We'd love to get Lorde and her mother, Sonja Yelich, who is a poet.''

Events yesterday featured a Mother's Day high tea at the Savoy with celebrity chef Julie Le Clerc, and English writer and adventurer Huw Lewis-Jones in the Dunedin Public Library's Dunningham Suite talking about his book, The Conquest of Everest, about New Zealand photographer George Lowe, who accompanied Sir Edmund Hillary on the 1953 ascent of Mt Everest.