By Molly Houseman and Emma Perry
0 Comments
Dunedin was filled with the sound of pipes over the weekend as bands from across the South converged on the city.

The annual Octagonal Day organised by the Otago Centre of the Royal New Zealand Pipe Band Association took place on Saturday, drawing the biggest group of competitors in recent years.

Among those taking part was Canterbury Caledonian piper Len Ineson, a 50-year veteran of the bagpipes.

Mr Ineson said it was the sense of family in the community which kept him playing.

"It is about catching up with your friends. You can come to these competitions and hear what other people are doing and how well they are going." 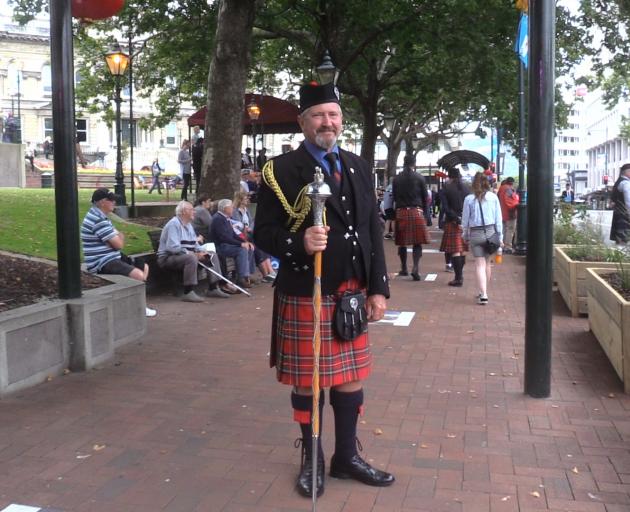 It was for a similar reason that he began playing in the first place.

Also taking part over the weekend was the John McGlashan College pipe band.

About half of their 22 members were under 12 years old and they took home the shield for most improved band.

Parent of two band members Natasha Ung, said it was all about having fun and keeping Dunedin’s Scottish culture alive.

"By taking part in these competitions it helps to inspire other young Dunedin school children to want to learn the pipes and drums."

This year was the first time their pipe band had a whole ensemble and could perform.

Otago Centre president Brian Coutts said numbers this year had been boosted by the return of some pipe bands after many years of not competing.

"We have got up to 400 competitors here, which is very pleasing. The numbers have started to increase again.

The Queenstown pipe band had not competed for 10 years but this year made a return to the competition.

"A local schoolteacher was motivated to get us back up and running and we found there was a real group there looking to get back into it.

"We knew with nationals in Invercargill there was no excuse not to prepare for it, because it’s so close.

He said Queenstown was isolated, which made it more difficult to gather a group, but pipe band members from Cromwell were part of the team.

Mr Teviotdale started during high school and said playing in a pipe band had an atmosphere that could not be matched.

Dr Coutts said the next event would be held in Canterbury before nationals in Invercargill in mid-March.