Film crew members spread across Vogel St in the morning and later across Princes St; a white limousine, fit for a princess, was parked outside the historic and newly renovated Wains Hotel; and a taxi that did not a resemble any Dunedin taxis was parked behind it.

The streets were being transformed into the set of a new Netflix romance, The Royal Treatment. 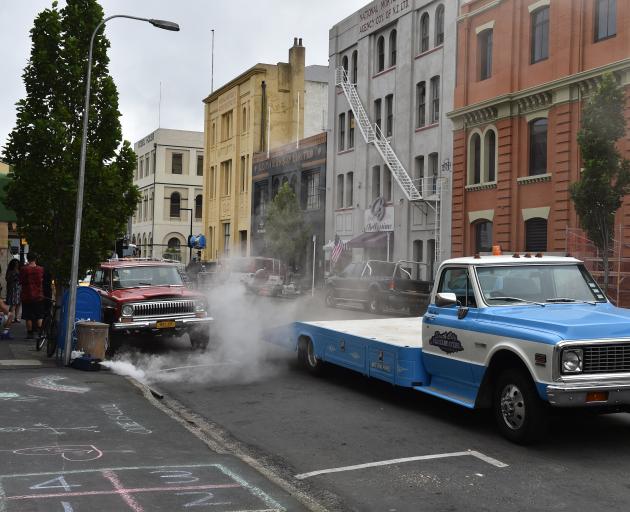 A smoke machine is activated on the film set in Vogel St.
Wains Hotel, with its distinctly Victorian facade, appeared to be where most of the action was happening in the evening.

Film crew were packing up cameras and other equipment, about 6pm, and some were seen going in and out of
the hotel building.

Earlier, Water St had been filled with plastic chairs and tables, turning it into an outdoor cafeteria for the film crew.

A member of traffic management said curious passers-by had been stopping to see what was happening, but even he had not been told what movie he was closing the roads for.