Fire in the hole as cable explodes 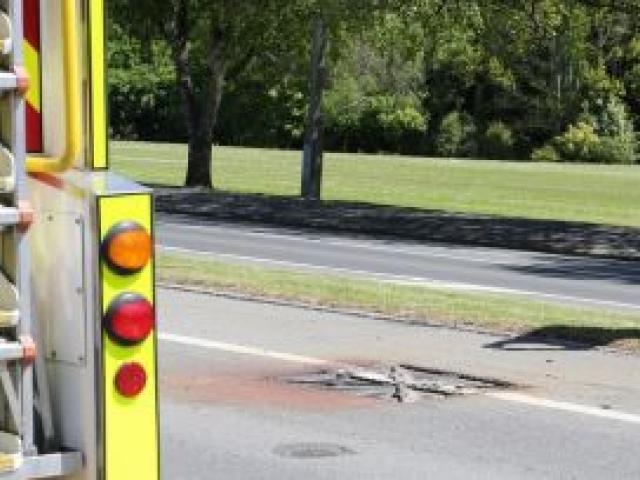 A section of the road was closed after an underground high-voltage cable shorted, causing an explosion and sending a steel manhole cover into air about 1pm yesterday.

Senior Firefighter Brent Key, of Roslyn, said a report of the incident came in shortly thereafter.

''A member of the public ... saw a big metal lid blow into the air, smoke shot out and flames shot out,'' he said.

He believed the explosion was caused by water entering a tunnel containing the electric cable.

It could have been much worse and it was ''pretty lucky that someone wasn't driving over it at the time'', he said.

''I was sitting at the bus stop and I heard this really, really loud noise and it gave me a huge fright,'' she said.

''There was a big cloud of smoke coming out - way up to the top of the trees.''

Delta marketing and communications manager Gary Johnson said the explosion cut power to about 2900 consumers in the suburbs of Kaikorai Valley, Brockville, Roslyn and Mornington.

The fault was soon fixed and power was returned to all but four consumers by 1.38pm.

''Initial assessment is that a fault occurred on a link box on an high voltage cable located underground on Kaikorai Valley Rd,'' Mr Johnson said.

''Crews are on site and carrying out further investigations prior to repair.

''A cover was blown off at the time of the fault but no-one was injured.''