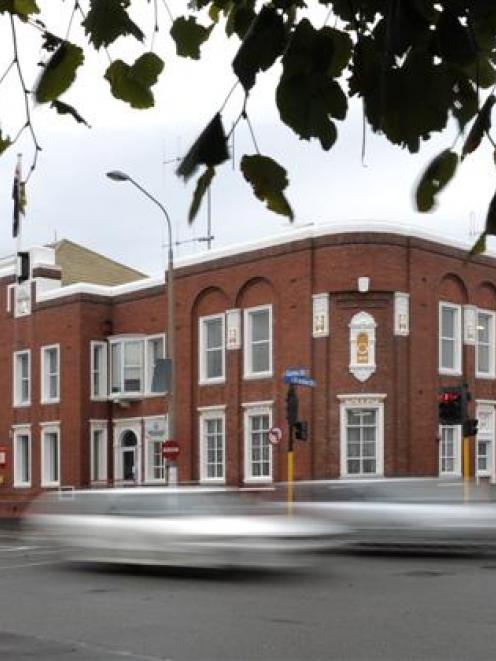 The Fire Service is now reconsidering its options for the refurbishment, which was originally to have costed several million dollars and take up to two years.

Fire Service national manager, strategic assets, Kevin Stacey, said tearing down building in Castle St, rated category 2 by the Historic Places Trust, was not an option, although a total rebuild behind the 1931 facade was one possibility.

However, the options had not yet been properly investigated.

It was reported in October tenders would be sought for the work late last year.

"In light of this, the Fire Service is taking time to carefully consider its options."

They would be discussed over the next two to three months and then the service might know further what it was going to do about the building.

Until the options available were clear, he could give no timeline as to when work on the building might start, Mr Stacey said.

A spokesman for the PSA, the union representing some of the administration staff at the fire station, said he had spoken to workers in the building, and they were neither worried about their safety nor overly concerned at any delays to the refurbishment.

Ray Adam, Dunedin president of the New Zealand Professional Firefighters Union, said he understood there were no major concerns with the earthquake stability of fire appliance bays, only the accommodation and the administration blocks.

However, the union would be concerned if any delayed refurbishment also meant a delay in installing extractor fans at the station.

Central Dunedin and Mosgiel fire stations are two of the 17 stations across the country that are still parking fire appliances outside as the firefighters union is refusing to let its members park them inside without extraction systems.

The other Dunedin fire stations have had extractor fans installed.

Mr Stacey said the fans were a separate issue from the building work required.

Fans would be installed in the stations remaining without them within the next six months, he said.

But Mr Adam questioned how the service was prioritising the installations, concerned smaller stations were receiving the fans before the bigger, busier stations.

As winter approached, having appliances outside posed some "real issues", including wear on engines and the dangers presented by icy or slippery ground.