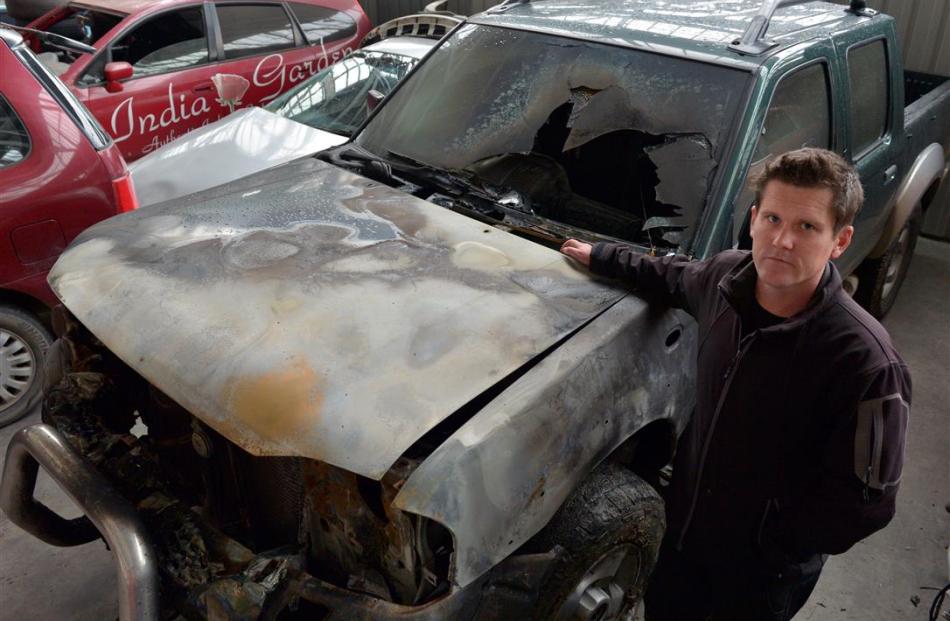 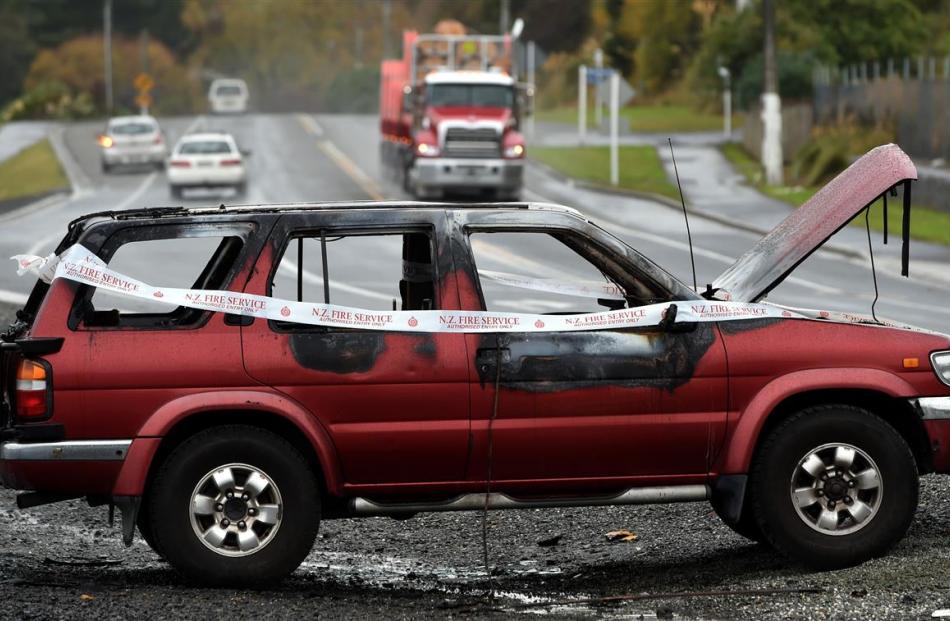 A burnt out vehicle near Sawyers Bay is the subject of an investigation by Dunedin police. PHOTO: PETER MCINTOSH 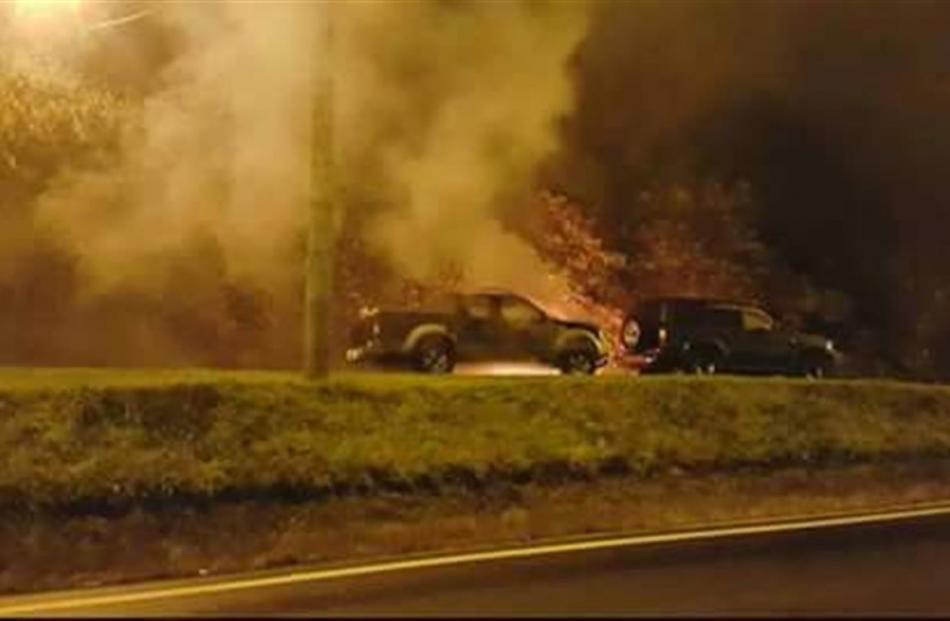 A volunteer fireman paged to attend a car fire was shocked when he stepped out of his house and realised it was his own vehicle ablaze.

Ravensbourne volunteer firefighter Phil Warrington (31) said his pager went off about 2.05am on Saturday while he was asleep at his Maia home.

By the time he got outside to head to the station, his Toyota Landcruiser and his twin brother's Nissan Navara, parked behind, were well alight.

"I go to jump in the vehicle and they were both on fire,'' Mr Warrington said.

"It's not a great look when we go to turn up for our community and somebody does this to your personal vehicles.

Firefighters were called to the Burkes Dr address and dealt with the blaze but Mr Warrington was unable to help as he had no equipment.

His vehicle was worth about $30,000 and insurance assessors indicated yesterday damage to paint, tyres and smoke damage would be repaired.

The excess on both vehicles was $500.

It was not the first time Mr Warrington, a sales executive, had had his "pride and joy'' damaged.

He said in 2014 his previous Landcruiser was hit by a rental vehicle that crossed the centre line near Moeraki.

His vehicle was written off and Mr Warrington suffered a broken neck and broken ribs.

Brother Richard, a Land Search and Rescue volunteer and employee at Read Marine, was not so lucky. His insurance assessors indicated his $20,000 vehicle was likely to be written off.

He had search and rescue equipment inside, which would have to be replaced.

"It was a real shock to the system, especially since it's nothing I have especially done.

"We've both got fulltime jobs and we work hard for what we've got.''

Both men believed the fires were just random acts.

Police were treating the fires, including a third car fire in Halls Rd, Sawyers Bay, about 7pm on Saturday, as suspicious.