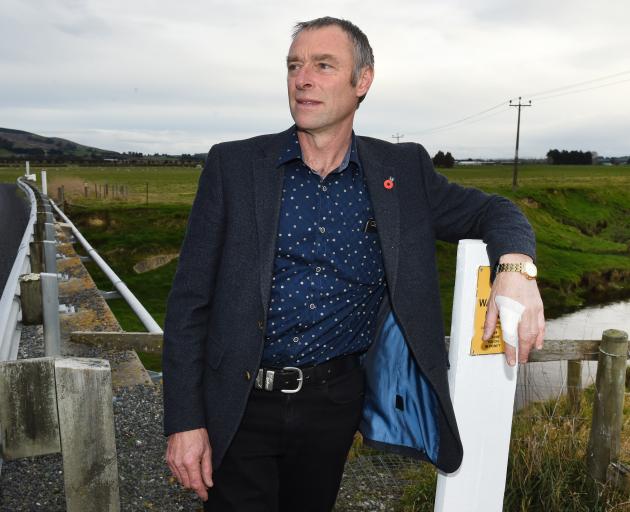 Stephen Woodhead (57), who has had five terms on the council including three as chairman, did not put his name forward for re-election.

He said as a leader, whether for a club or the regional council, people should do their bit and move on at the appropriate time.

Mr Woodhead initially indicated he was likely to stand for the council again.

However, as he had more time to think he realised it would "not have been helpful to have the former chairman of nine years sitting at the table".

A stroke he suffered last year also contributed to the decision.

"You never fully recover from those events. I can't put in the long hours that I used to be able to as a younger person. Physically, I find it much harder these days.

"I look forward to spending a bit more time with family, catching some fish, taking the boat for a bit of a run."

He also had other commitments such as chairing the Otago Youth Adventure Trust.

The council would benefit from a strong field of candidates which included many experienced governors from other organisations, he said.

"That's pleasing to see because the work is complex and we're going to see quite a number of new councillors, potentially up to half.

"It's healthy. There are a mix of good candidates."

He believed the council was "absolutely" on the right trajectory and had made "significant strides" in its work recently.

As for the council's work in the future, while water quality received a lot of attention, there was a comprehensive programme which also included civil defence, hazards and public transport.

Mr Woodhead lives near Milton and owns a sheep and beef farm.

He would most miss the contact with members of the public and staff in the region working on projects.

"I'm going to be meeting with staff to express my gratitude for their work. At the moment I'm focused on completing the job."