Focus on city's arts and culture 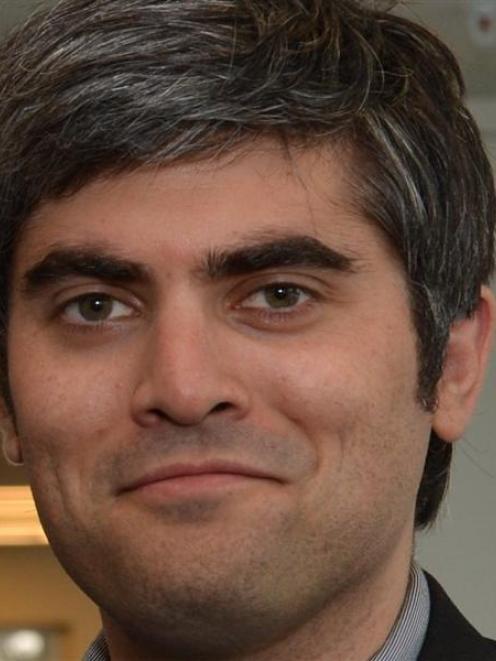 Aaron Hawkins.
A rethink of the way Dunedin can develop its creative side was long overdue, welcome and would support the massive potential for the city to excel as an arts and culture centre, city councillors said, before approving a draft of new arts and culture strategy for public consultation.

Cr Aaron Hawkins, who was involved in the drafting of the strategy, said on Monday it had been a long process to get it to this stage, since the Transforming Dunedin symposium in 2011. It was 17 years since the existing arts strategy was written.

As it stood, the strategy sent a strong signal the council was taking the art and culture scene seriously and saw it as vital to the city's ability to attract people and improve its economy, he said.

Dunedin had a proud history of developing and nurturing world class artists, and should make the most of that.

It should look to projects such as Jim Geddes' Eastern Southland Gallery as examples of what could be done, and make the most of being the home and inspiration for artists as diverse as Ralph Hotere and Six60.

''We need to start looking at shifting the entrenched humility that makes us so shy of celebrity or success.''

This was a challenge for the council and the city and the city's tertiary institutions needed to get on board, too, if Dunedin was going to capitalise on the vibrancy of its arts and culture scene.

Cr Neville Peat said the document was both aspirational and inspirational and spoke to how Dunedin had had many great artist residents and patrons, right from the days it was the commercial centre of New Zealand.

He hoped the new strategy would give the city another boost in its artistic and cultural endeavours and opportunities.

Cr Lee Vandervis applauded the inclusiveness of the process of developing the strategy, but noted it had resulted in a 30-page document that would challenge most to read. He was placated when it was suggested a executive summary would be included in later versions.

He thought the document suggested ''but didn't nail'' the potential to ''monetise'' some areas of the arts.

''I'm talking about taking the arts as an industry seriously, perhaps as seriously as we take sports.''

The draft strategy, called Ara Toi - Our Creative Future, will be open for submissions over four weeks, from mid-July.