Football: Findlay gets chance to push for NZ U17 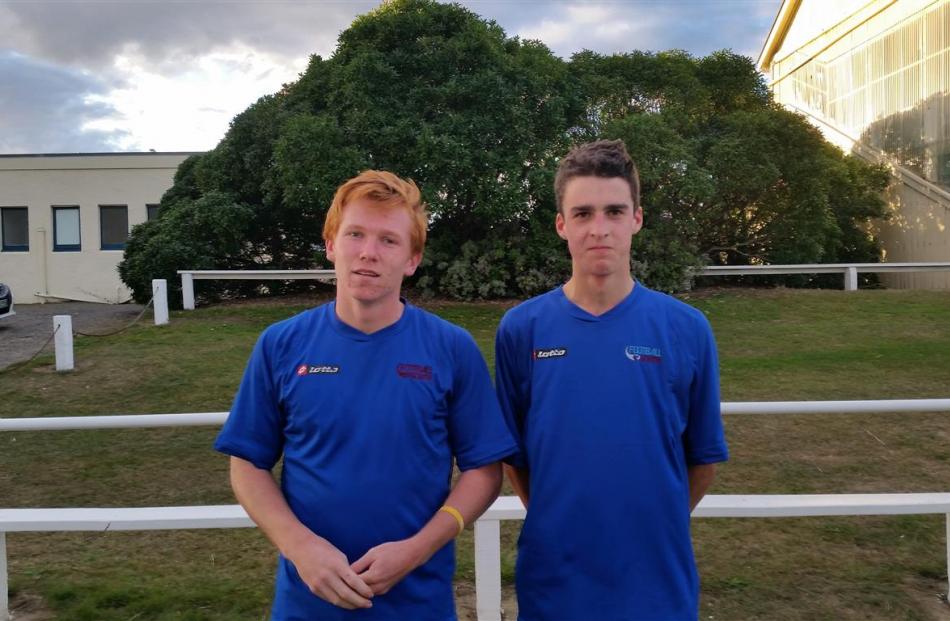 Football South club members Tim O’Farrell (left), of Dunedin, and Rory Findlay, of Taieri, have been selected for a New Zealand Football national talent centre programme in Auckland from April 18-21, along with Jade Middlemitch, of Dunedin, and Ben...

Taieri College pupil Rory Findlay will get to test himself against the best later this month as he pushes for a place in the New Zealand under-17 football squad.

The 16-year-old is one of four Football South club members to be selected for a New Zealand Football national talent centre programme in Auckland from April 18-21.

The others are Tim O'Farrell (15) and Jade Middlemitch (16, women's camp), from Dunedin, and Ben Deeley (15), from South Canterbury.

Findlay, who plays for the Mosgiel club, was involved in South Island zone talent centre programmes in Oamaru during the past two years.

He was selected for those after impressing in training camps with the Football South federation.

However, this camp offers a chance for him to follow in the footsteps of fellow Mosgiel footballer James McGarry, who made the national squad which attended the under-17 World Cup in Chile last year.

Football South football development manager Shane Carvell said the aim of the programme was to get players into a position to push for a place in the national squad later this year.

Players were recruited for the various federation talent centres from age 12.

The talent programme was aimed at developing larger numbers of earmarked players in formative years, ultimately creating greater depth at the highest level.

About 30 players will attend the men's camp in Auckland.

The stakes are also high for Middlemitch, who is vying for a place in the women's squad to take part in the World Cup in Jordan later this year.