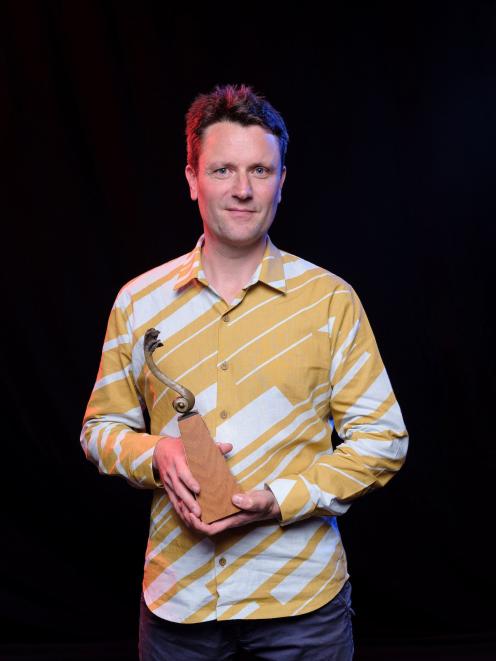 The former Dunedin composer won the Sounz Contemporary Award at the 2020 Apra Silver Scroll Awards this week, for his composition Matauranga (Rerenga).

"It’s a little bit surreal, but then again, the whole year has been a bit surreal.

"The novelty never wears off."

It is the 46-year-old’s seventh nomination for the award, and his fourth win.

The New Zealand School of Music (Wellington) composition and sonic arts programme director previously won in 2014 with Inner Phases, in 2018 with Sygyt and in 2019 with Violin Concerto Sama.

"This piece was the beginning of a journey for me into te ao Maori and taonga puoro, that started back in the early 1990s when I attended workshops by matua Richard Nunns.

"Since then, my understanding of these unique instruments has grown."

He envisaged the piece as a "tightly integrated sound-world" between the taonga puoro and the orchestra.

Given their very different timbres and performance techniques, it was quite challenging, he said.

"I decided to use custom-built live electronics to transform the sounds of the taonga puoro in real-time into wave-like textures which the orchestra would then imitate and develop.

"In this way, the orchestra becomes an immense resonator and amplifier of the intimate, expressive sonorities of the taonga puoro."

Associate Prof Norris’ work was one of 48 entered by 39 New Zealand composers, representing a broad range of styles.

After winning the 2020 award, Prof Norris said he was keen to contribute in some way to the continuing development of traditional Maori musical instruments, so he was giving his prize money to Haumanu - a collective of taonga puoro performers who were developing the unique voices in contemporary New Zealand music.

Prof Norris was formerly a Logan Park High School pupil and started a music degree at the University of Otago before moving to Wellington.

He returned in 2002 to become the University of Otago’s Mozart Fellow in composition.

He now planned to take a break to rejuvenate his creative juices.

"I’m working on a few small projects. I’ve had a few years of quite large orchestral projects so it’s quite nice to have a bit of a rest."