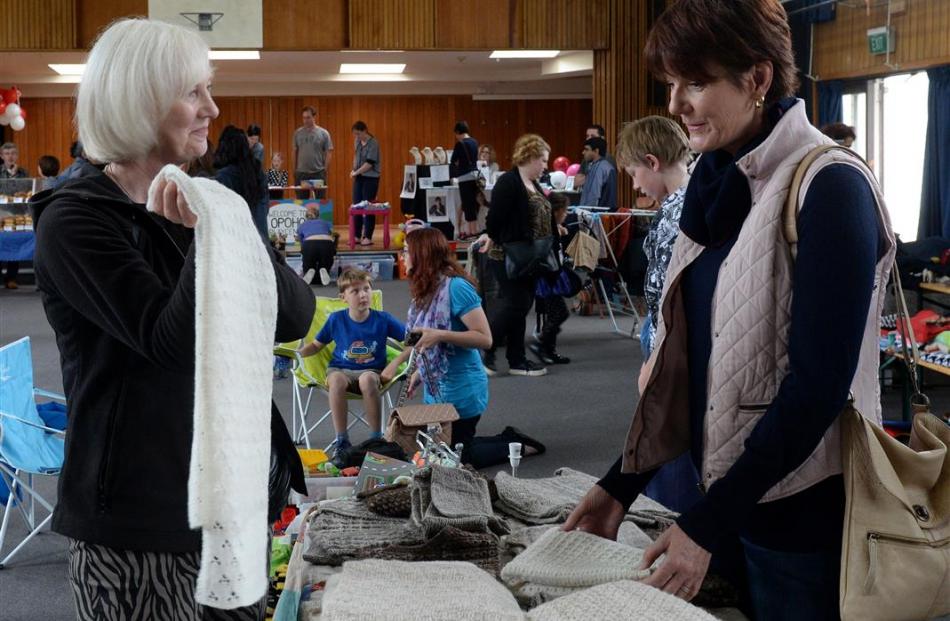 Syrian refugees due to arrive in Dunedin later this month should have access to free driving lessons, thanks to the efforts of a local fundraiser.

Organiser Afife Harris said funds raised at a market day held at the Dunedin North Intermediate Hall yesterday would go towards $20 petrol vouchers for volunteers who wanted to help teach refugees about driving in New Zealand.

Mrs Harris said she came up with the concept after researching what European countries had done to help refugees there.

Many had offered cycling lessons but Mrs Harris thought driving lessons would be more beneficial for Syrian refugees arriving in New Zealand.

The call for stallholders was put out through a newspaper advertisement in The Star and flyers handed out around north Dunedin and at the Otago Farmers Market, Mrs Harris said.

It was not the first time she had lent a helping hand to those who needed it.

In 2010, she cooked a dinner for 50 people that raised $5000 for those affected by the Christchurch earthquake in September of that year.

She planned to organise further fundraising events to go towards the driving lessons.