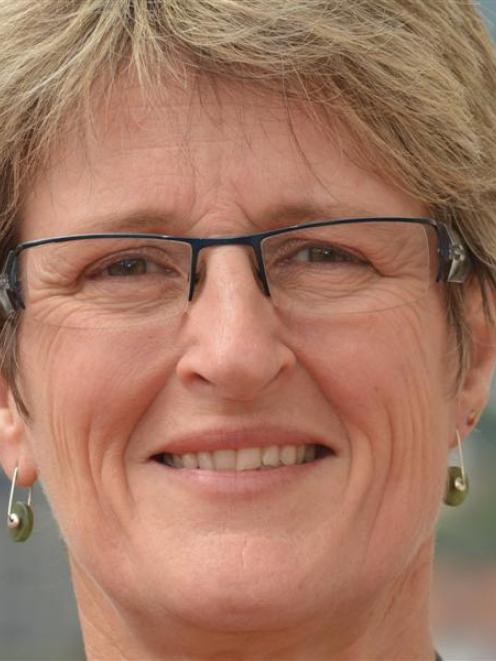 Sue Bidrose.
There are no guarantees the Dunedin City Council's alleged $1.5 million vehicle fraud will not be the only issue uncovered as the council overhauls its internal controls, chief executive Dr Sue Bidrose warns.

The blunt assessment came as Dr Bidrose told the ODT there was ''no doubt'' the Department of Internal Affairs was watching proceedings closely, after a series of major headaches within the DCC in recent years.

That included multimillion-dollar losses for ratepayers from Forsyth Barr Stadium's budget blowout and ongoing losses, Delta's failed property purchases at Jacks Point and Luggate, the purchase and sale of Carisbrook, and a surprise shortfall in dividends from the council's companies.

The Government had the power to replace an elected council with commissioners, or appoint managers alongside, or over the top of, a council's existing management team.

Dr Bidrose confirmed the council had been keeping DIA staff informed about the alleged Citifleet fraud, as well as the council's reform process, but there were no signs an intervention was likely.

The DIA would first have to conclude the council could not deal with its problems, or did not accept it faced any, ''and neither of those two is in place here'', Dr Bidrose said.

''I think we're doing all of the right things in terms of getting this sorted ... but there's no doubt that they are sitting there watching us deal with a succession of issues that we're putting right over time,'' she said.

The alleged fraud had been detected as the council sought to tighten its internal controls, eventually leading to the discovery 152 Citifleet cars had been sold, and the proceeds pocketed, over more than a decade.

Dr Bidrose said work to close ''loopholes'' in the council's internal processes was continuing, and there was no guarantee more problems would not be discovered as a result.

''I can't promise you there's no more to come, because when you've had loopholes in your processes, then clearly there's a risk people will exploit them.

''We've had loopholes in our processes and we haven't had the right robust attitude to internal audit that we should have had.

''As we fix those things ... if we continue to work to make these changes, I can't promise that no-one else has exploited a loophole.''

No other signs of fraud had been found since the discovery of the alleged Citifleet fraud, but poor processes had been in place, which could have been exploited, she said.

''What we have uncovered is areas where we have weaknesses.

"I'm not going to tell you what they are until they're fixed,'' she said.

Dunedin Mayor Dave Cull said he, too, was confident the DIA was not about to step in by appointing managers or commissioners in Dunedin.

''I think they would be confident that we're handling it,'' he said.

In the meantime, the council's elected arm would attend a one-day ''governance essentials'' workshop being run by the Institute of Directors.

The course was a new initiative that had been developed by the institute in co-operation with Local Government New Zealand.

''I want all of us - me included - to go through that. It's about getting the whole place up to absolute best practice.

''I would have liked to do it three years ago,'' he said.

Their comments came after the council last week confirmed it had called in police, and notified the Serious Fraud Office, following Deloitte's three-month investigation into the alleged fraud.

An SFO spokeswoman confirmed Deloitte's report had been received, but said it was ''more appropriate'' for police to investigate its contents.

One SFO criteria for investigating fraud was an allegation involving sums of more than $2 million, but that was just one factor, and ''not rigid'', she said.