Globetrotting Six60 back for O-Week 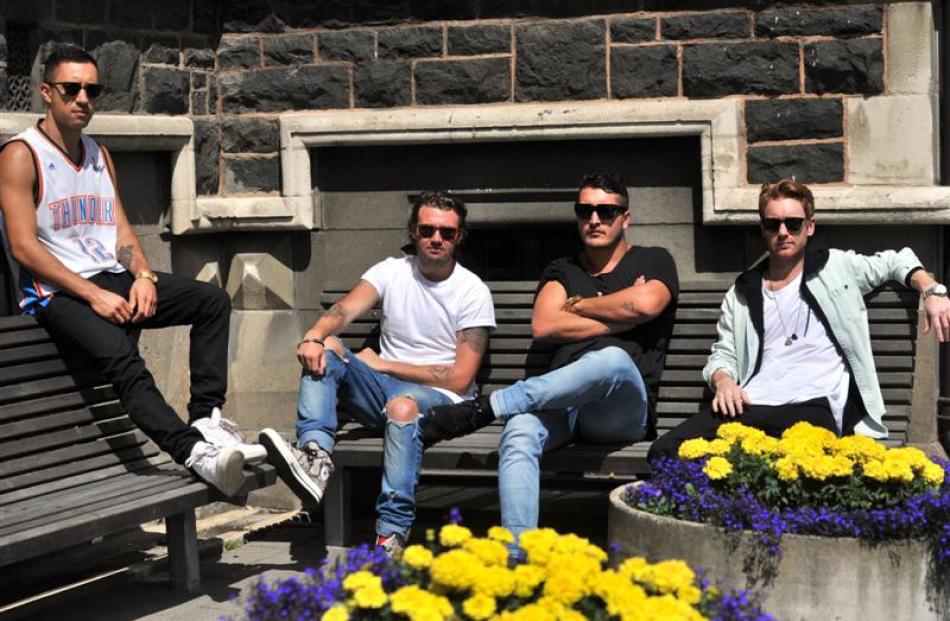 Members of former Dunedin band Six60 (from left) Marlon Gerbes, Chris Mac, Matiu Walters and Ji Fraser want to make the most of coming back to the city to play an O-Week gig. Photo by Linda Robertson.

Former Dunedin band Six60 is back for O-Week after travelling the world and working with a big-name record producer who has worked with the likes of Sir Paul McCartney.

The band, which now splits its time between Auckland and Germany, is in Dunedin to play an O-Week gig at Forsyth Barr Stadium tomorrow, but its members are also relishing the opportunity to revisit their old stamping ground.

''We are really excited about just hanging out in the city and being around and getting another taste of the scarfie lifestyle,'' singer and guitarist Matiu Walters said.

The band had only just returned from a stint in Germany - where its record label is based - and was busy working on the follow-up to its chart-topping debut, which it hoped to release by the end of this year.

As part of working on the new album, the band had travelled to New York to work with record producer David Kahne, who had previously worked with the likes of Sir Paul, the Strokes, Sublime, Stevie Nicks and New Order.

''We are also hooking up with this guy Printz Board, who is the Black Eyed Peas producer. At the moment that's more on a writing basis,'' Walters said.

Working with such big names in the music industry was scary at first.

''At the start it's so nerve-racking, then after a while you are both on the same buzz.''

He hoped people would be surprised by the direction of the new album.

''It's going to be pushing the boundaries of what people think Six60 are.''

The band was also busy working on getting its music to a European audience.

''It's a great opportunity. Outside of Australia and New Zealand we are relatively unknown, but at the same we have got the experience now and the knowhow that if it does kick off - which we absolutely plan on that happening - that we are absolutely ready.''

People who came along to the band's O-Week gig could expect to hear three new tracks and see a band with ''a whole new energy''.

''It seems to me the bigger the venue we play, the more we seem to excel.''

The band had already visited its namesake flat where it got started - 660 Castle St - and members were just keen to get involved in O-Week.

''I had a look and met the guys in there and had a look at my old room. It looked like the same TV was still in there,'' Fraser said.

With most of their friends having moved on, they were keen to engage with a new generation of scarfies.

''The idea was to come down here and really embrace O-Week and get involved in everything down here.''