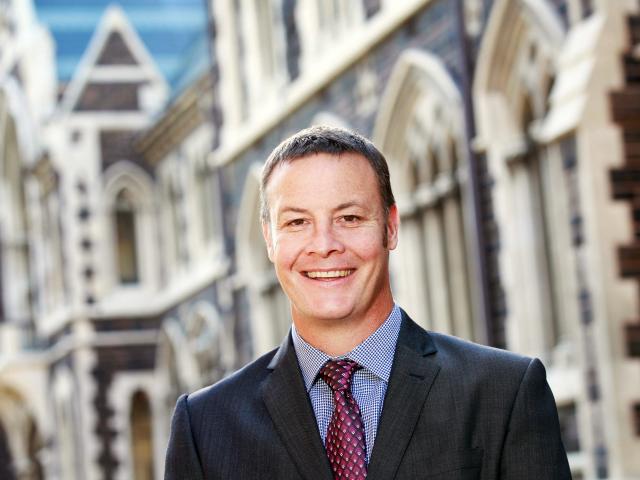 It is Orientation Week at the University of Otago. Reporter Molly Houseman puts the questions to people first-year students may come across as they navigate life in tertiary education. Today she...

Hundreds of students have started to arrive at Forsyth Barr Stadium for the annual toga party. A few eggs were hurled from passing cars as sheet-clad students arrived on buses.

Drax Project are heading down next week for an O’ Week gig at the stadium on Thursday with JessB, Peking Duk and Jordi.

Belgian drum and bass producer and musician Boris Daenen, AKA Netsky, is performing at Ori ‘19, this Thursday.

Scarfie band Six60 is proving to be the biggest drawcard amid strong ticket sales for O-Week events.

New and returning University of Otago students were too busy eating ice creams and basking in the sunshine yesterday to notice Opposition leader Andrew Little strolling through the Dunedin campus.

Dunedin Mayor Dave Cull has urged about 4000 first-year University of Otago students to behave as if they were standing outside their parents' home.

Drunken students arrested by police are now being referred to health authorities, as part of a pilot project aimed at helping their battle with booze.

Join a club, try a new sport or explore the city by bus and remember not to do anything you would not do at home.

Police have warned students and other O-Week revellers that anyone involved in lighting fires will be put before the courts.

The students are back in town and set to revel in a week of fun that has become the envy of those studying outside Dunedin.

O-Week organisers hope the ''good vibe'' and relatively incident-free nature of the week continues this weekend.

Thousands paid a fitting tribute to the excesses of Roman lifestyle last night.

The image of Dunedin students willing to live in cold, rundown and squalid hovels as long as they get a good deal - reinforced by the 1999 film Scarfies - is one of the enduring stereotypes of Dunedin students, but is it correct? Timothy Brown visits ''studentville'' to find out what student accommodation is like and why students choose to live where and how they do.

Former Dunedin band Six60 is back for O-Week after travelling the world and working with a big-name record producer who has worked with the likes of Sir Paul McCartney.
O-week organisers have pulled out all the stops to keep the number of noise complaints down, but that did not stop five people complaining after Tuesday night's toga party.

Whether you are into socialism, shamanism or spear-fishing, there was something for everyone at the Otago University Students' Association's clubs day yesterday. The O-Week event serves as...