Toga party all dance and no drama 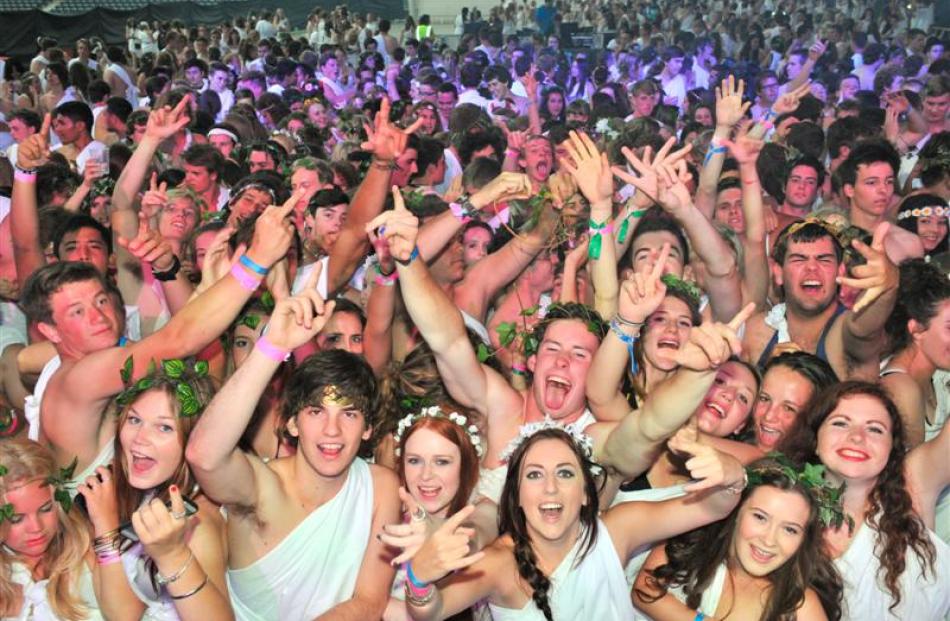 Thousands paid a fitting tribute to the excesses of Roman lifestyle last night.

OUSA communications and events manager Dan Hendra said it was a ''fantastic'' night.

Crowd behaviour was good and nobody had been ejected, to his knowledge.

''I have been talking to all the different staff ... and they are all really impressed at how mellow it's been,'' Mr Hendra said after the event.

''It's been a fantastic night had by all ... we hope the rest of the week will be in much the same suit.''

Student Abby Anderson loved taking in the atmosphere of the event, especially as there were ''no eggs here''.

The 18-year-old had only one word to describe the night - ''awesome''.

As the students poured in dressed in their finest linen, some white, others beige and the adventurous in green or blue, it was apparent they all had one thing in common - their desire to dance.

The students crowded on to the dance-floor and erupted into movement as the sounds of the O-Taiko drum group began proceedings for the night.

They danced under the grandstands, they danced in the entrance to the toilets and one girl even danced despite her crutches.

Sergeant Damion Rangitutia said the event had provided ''no cause for concern'' and police had not been called to the stadium.