Drunken students arrested by police are now being referred to health authorities, as part of a pilot project aimed at helping their battle with booze.

The project - dubbed ''Thinking about your drinking'' - started during Orientation Week and mirrored a similar intervention at Dunedin Hospital.

''It's about having a follow-up conversation with someone the next day where you are sober,'' alcohol harm reduction officer Sergeant Ian Paulin, of Dunedin, said.

Students going to the hospital emergency department with alcohol in their system were already referred to Student Health.

Now, any students arrested and found to be intoxicated at the time of the offending were referred to the proctor and also to Student Health.

A specialist nurse would make contact with the student ''to see if they have a drinking problem''. Free counselling sessions would be offered.

''Sometimes, they are one-offs, but there are some who have some underlying issues who drink more than what they should,'' Sgt Paulin said.

''That follow-up phone call even gives those binge-drinkers a bit of a wake-up call.''

Of those arrested during O-Week, about 90% had been drinking and took part in the intervention, Sgt Paulin said.

Most of those students received pre-charge warnings. However, this was not applicable in the case of more serious crimes, including lighting fires, he said.

Police hoped to expand the interventions to include other groups, such as underage drinkers. 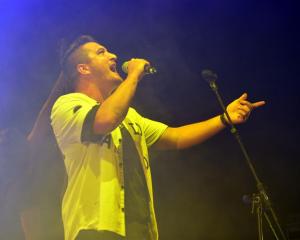