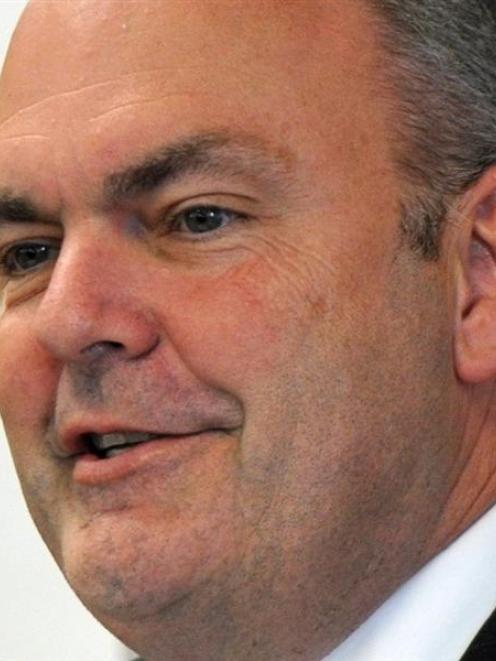 This is the warning from the Tertiary Education Union (TEU) and Otago University Students' Association (OUSA).

Earlier this month, Tertiary Education Minister Steven Joyce told universities, polytechnics and wananga they would soon have to publish information about how their graduates are doing on the job market.

OUSA acting president Isaac Yu called the initiative ''fundamentally flawed and dangerous for the future of the tertiary sector''.

Mr Joyce said the idea was to inform students about their job prospects if they attended a certain institution.

Once the project was up and running in 2017, prospective students would be able to search a database with information about graduates' employment status and salary, broken down by institution and department.

''Providing the skills that industry needs is one of the key priorities of the current tertiary eduction strategy,'' Mr Joyce said.

The sector should be moving towards preparing students for employment - and it was already ''steadily'' heading in that direction, Mr Joyce said.

He expected the initiative would allow institutions to ''identify which courses might not be meeting the needs of employers and graduates as well as they could, and make changes''.

''That will absolutely be a good thing.''

''Such reporting ... will end up distorting the way educators do their job,'' he wrote in a media release.

''It risks favouring people who teach short-term skills to get their students into immediate but temporary jobs over those who teach the less immediate but more enduring trades skills and knowledge that will help students and their newly adopted communities for a lifetime.''

Asked for comment yesterday, Mr Day said the initiative was especially worrying because the Government often attached financial incentives to the metrics it measured in the sector.

''The next step that the Government has always taken when it starts giving information is to start imposing a financial structure around it.''

He said providing the information was not problematic per se.

''Obviously, part of education has got to be helping people get the skills they need to get jobs,'' he said.

''But that's only part of education.''

Plus, he said, ''the link between the qualification you get and the job that you hopefully get at the end is tenuous''.

Otago Polytechnic chief executive Phil Ker said, like Mr Joyce, ''polytechnics very much see it as a key element of their mission to prepare people for work''.

However, there were not ''good methodologies in place to do justice to what is, in principle, a reasonable idea''.

''At best, we will have a crude measure of provider effectiveness, and it will remain to be seen if the powers that be have the maturity to interpret the measures in an unbiased and useful way.''

Mr Yu also thought there were merits to the initiative.

But, he went on, ''the drawback is the commodification and oversaturation of certain degrees which have high projected income. The primary objective of universities should be learning for learning's sake.''

Mr Yu said Mr Joyce's initiative may be ''optimistic'', but he did not think it was not a positive development overall.

''It is a bandage on a gaping wound, which doesn't address the systemic issues regarding the ... lack of graduate employment opportunities in New Zealand and crippling debt put upon students to pay for their study,'' he said.

''These are the issues that our government should be addressing.''

The University of Otago declined to respond to questions about its position on the initiative, saying there was not yet enough information available to ''knowledgeably comment''.