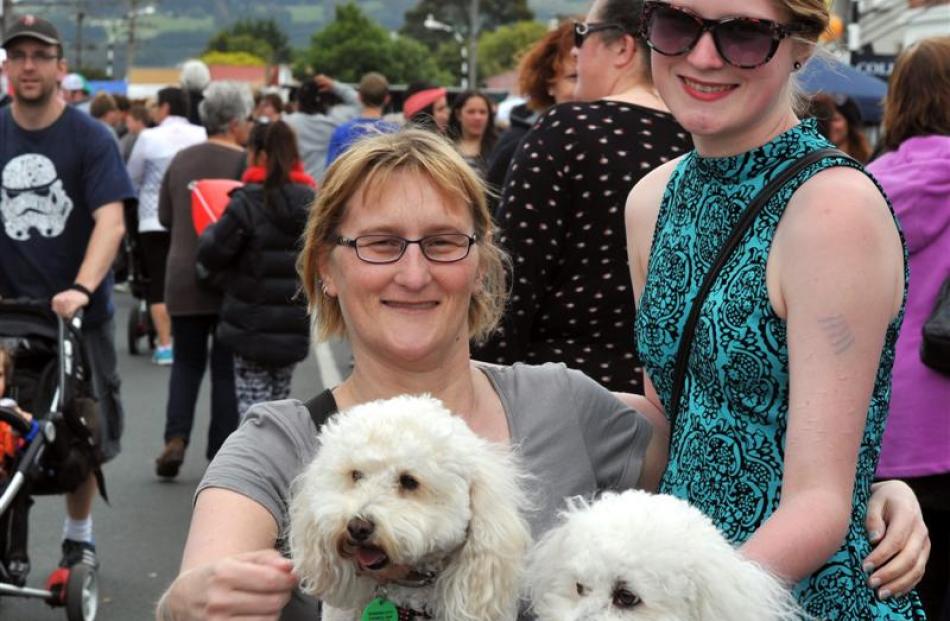 Melinda Gibbs, her dogs Sammy and Wookie, and daughter Maxine Buswell-Gibbs (17), all of Green Island. Photos by Gregor Richardson. 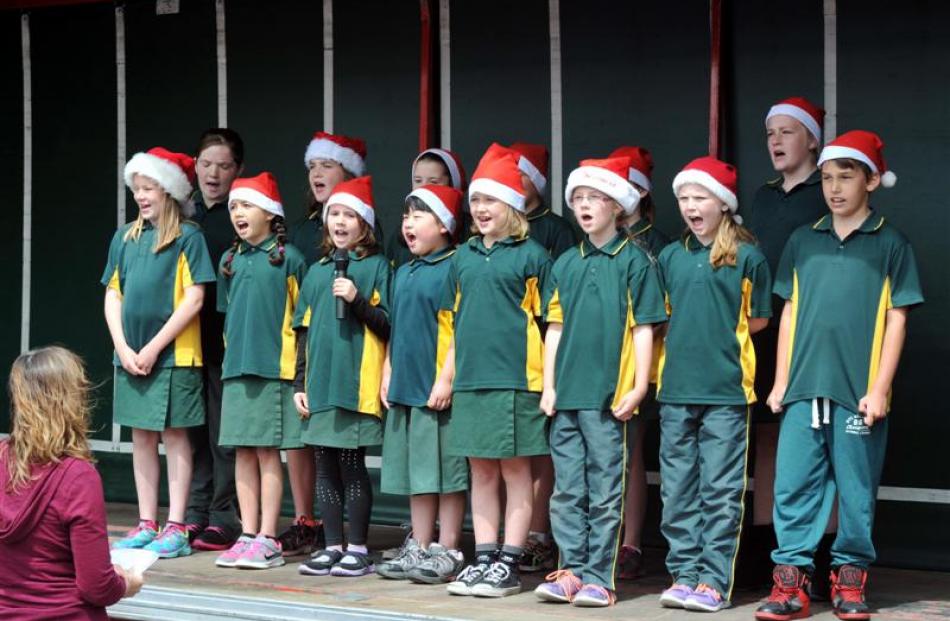 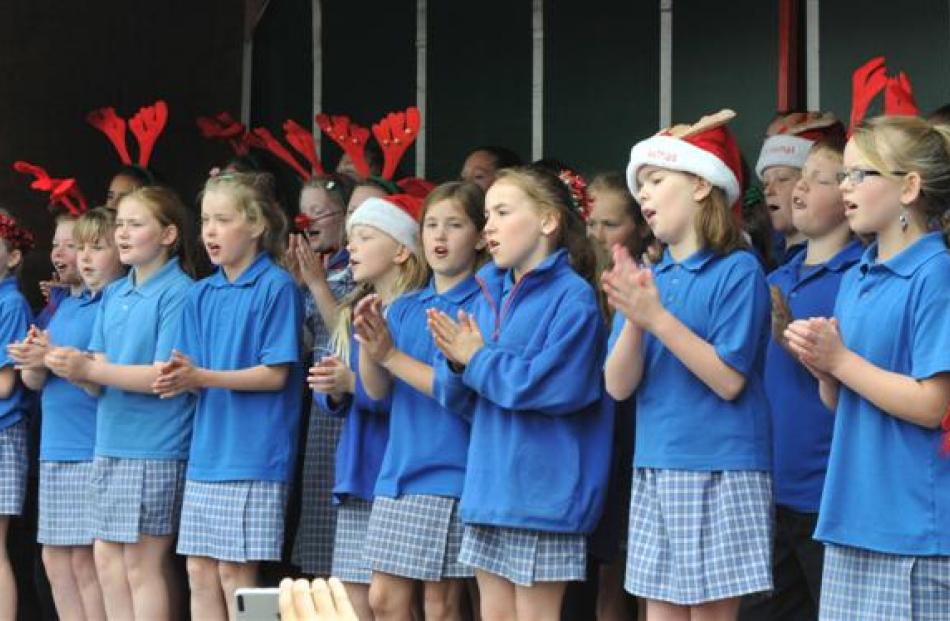 Green Island residents and visitors from elsewhere in Dunedin were out in force during the township's annual market day last weekend.

Choral singing by pupils from local schools were among the highlights.

Mr Moyle, who is a third-generation Green Island resident, and also president of the Green Island Cricket Club, said the township's strong community spirit was reflected in the turnout.

People had flocked to the event, the mood was ''buoyant and positive'' and he had felt ''an enormous sense of pride'' over the community response.

About 3500 people had attended the previous market day last year, and an estimated 4000 had attended on Saturday. People stayed longer and enjoyed the good weather.

Growing interest in the event could also be seen in the rising numbers of stalls- about 140 this year, up from about 130 last year.

And some stallholders were ''busier than last year''.

''Like any community, we've had our tough times,'' he reflected.

But the community mood was now ''positive and it's moving in the right direction''.

The event also helped Green Island charities and support groups to make themselves better known to the public.

''And it's great that we're running something that gives lots of local organisations [charities] a chance to make a bit of money,'' he said.

Megan Nicholson, a teller at the Green Island Westpac bank, who was selling raffle tickets on behalf of the business association, said a lot of people were stopping and ''we've sold quite a few tickets''.

Corrine Flawn, who grew up in Brighton and now lives in nearby Abbotsford, said a gifts stall she was operating was intended to raise awareness of her recently established florist and gift shop, Evergreen Elegance.