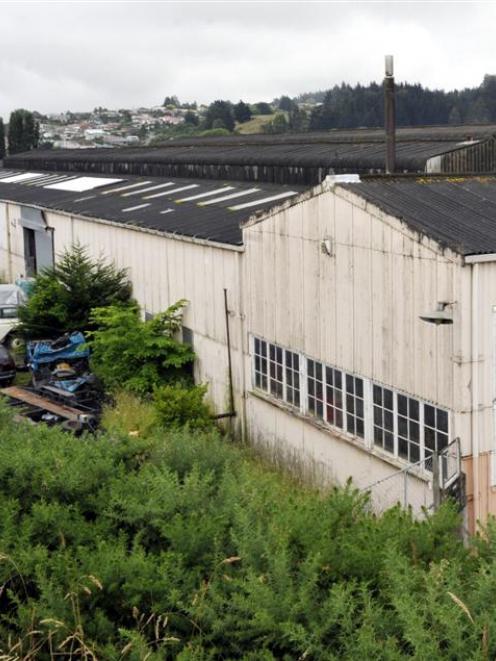 The Iron Roller Mills Building in Irmo St, Green Island. Photo by Gerard O'Brien.
The company behind a proposed Green Island retail development rejected by the Dunedin City Council's hearings committee is considering an appeal to the Environment Court.

Irmo Properties Ltd had planned a new retail complex inside a refurbished World War 2-era iron roller mill building on industrial land, but consent was declined by the council's hearings committee on August 10.

Irmo Properties director Grant Chirnside said he was taking advice, including legal advice, before deciding his next step.

"We thought the hearing went pretty well ... so we're obviously disappointed, and I guess we're weighing up our options now regarding an appeal," Mr Chirnside said.

The company had 15 working days from receiving the decision to lodge an appeal with the Environment Court, which gave it until September 2, he said.

His comments came after the council's decision to decline consent spelled out fears a retail development in an industrial zone could undermine the council's district plan.

The decision also considered claims in the application about the heritage value of the building "somewhat overstated", and found claims the economic effect on other retailers would be minor "particularly speculative".

Mr Chirnside said he did not want to debate the "pros and cons of the decision" in the media, with the details to be argued if an appeal went ahead. He also declined to say whether the company would consider a revised development plan.

However, he confirmed the company had no plans to sell the site, and predicted it would eventually be developed.

"If we decide not to appeal, then we'll move on and do something else.

"Sooner or later, something will have to happen to it, otherwise it'll end up like some of the other properties that are around the town that are basically falling over, aren't they?"

Time would tell whether a permitted industrial development was the more likely candidate, but "if we thought there was a whole line of industrial tenants lining up for the site, we would have had them on there", he said.

"If you look at what council has proposed for harbourside, for example, and a lot of that land is zoned industrial, perhaps they don't think there's much demand for industrial either," he said.

He would not say exactly how much the design, planning and hearing process associated with the development had cost, but the bill was "substantial".