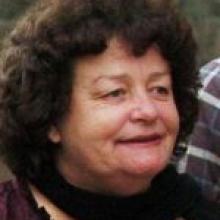 Bev Butler
Stop the Stadium faces paying up to $17,000 in court costs, after its challenge to the Dunedin City Council's funding of the Forsyth Barr Stadium was yesterday dismissed.

Justices Mark O'Regan, Ronald Young and Geoffrey Venning, of the Court of Appeal, heard the case in Wellington last week.

They ruled the council had not acted contrary to the Local Government Act when it signed a contract with Hawkins Construction in April.

Dunedin Mayor Peter Chin said yesterday those figures were only a percentage of the actual costs to the council.

The rest, "a substantial cost", would have to be picked up by the council through ratepayers.

Mr Chin said he was happy with the judgement.

"I hope that brings an end to the matter, and that people will just get behind the fact that the stadium is happening, being built as we talk, and that support is going to be there to ensure it gets built on time and on budget."

He planned to make public the cost to the council, once it was worked out.

"That's not a criticism of people for doing it. That's their legal right to do what they did," Mr Chin said.

"But all those things come at a cost."

Stop the Stadium president Bev Butler said by email she had "decided to respond only by . . . written statement", and, when telephoned yesterday, her husband, Peter Attwooll, said Ms Butler would not make any further comment about the decision.

Stop the Stadium was disappointed with the result, Ms Butler said in the statement.

But the hearing had forced the council to admit what it told the High Court in Christchurch about aspects of its funding was wrong, she said.

"We also thank our devoted members and the majority of the general public for their never-ending support to fight a clearly unpopular project."

There was no mention of the group's plans.

Council counsel Frazer Barton said the group did not have an automatic right to take the matter to the Supreme Court.

Rather, people had to apply, and the court made a decision on whether there were grounds for a hearing.

The judgement laid out what the judges said were the issues of the case, which was whether the cost of the stadium was "significantly" different in April 2009 to the proposal authorised for the 2008 council annual plan.

If the answer was "yes", the court had to determine whether the council had acted contrary to the the Act when it signed the contract.

Under the Act, councils had to consult on their long-term council community plans, and section 97 of the Act said certain decisions could be taken only if provided for in the plan.

Stop the Stadium argued there had been a "significant change" to the cost of the stadium between the 2008 and 2009 plans, and the council was required to consult again.

The judgement said the issue essentially reduced to an assessment of the word "cost", and whether that referred to the capital contribution by the council, or the cost to the council over the term it would repay that contribution.

If the former was correct, there was "considerable force in the appellant's argument".

The council argued that because interest rates had fallen, and the Government had provided $15 million to the project, that cost had remained the same, even though the capital cost had increased.

"This dramatically reduces the projected cost to the council of servicing the 20-year debt funding."

Another way of assessing the cost was to do it on a "per ratepayer" basis, which the judges accepted had not changed.

The judges concluded: "The measure of `cost' adopted by the council is an appropriate one in the circumstances".

"We are satisfied on the evidence presented to us that the capital contribution to be made by the council to the stadium is greater than that projected in the 2008 long-term plan.

"But we are also satisfied on the evidence before us that the total cost to the council is not significantly increased from that projected in the 2008 long-term plan, nor is the average cost per ratepayer.

"The appeal is dismissed."