MPs Clare Curran and Duncan Webb listen intently to select committee submissions on the Arms Legislation Bill at a hearing held in Dunedin on Thursday. PHOTO: GREGOR RICHARDSON
Room two at the Dunedin Centre is an unlikely venue for an ideological struggle.

On Thursday, however, in a room lined with photographs of the Shanghai skyline, a debate about how far the State should be able to reach into its citizens’ lives was played out.

The vehicle for this was a hearing by a subcommittee of Parliament’s finance and expenditure select committee of submissions on the Arms Legislation Bill.

Gun laws have been a heated topic for decades, with various governments either dodging the subject, bowing to pressure or seeing sense — depending on how you view these things — and doing little or nothing.

On March 15, however, the debate ended. Gun laws were going to be reformed. The only question was by how much.

That much we could almost all agree on.

The much harder issue of firearm registration and regulation is the subject of the Arms Legislation Bill.

MPs David Carter and David Seymour at the hearing held in Dunedin on Thursday. PHOTO: GREGOR RICHARDSON
The Government is proposing a registry be created to track every firearm and link it to its recorded owner, further tighten the gun licence system to ensure unsound people cannot obtain firearms, enhance police powers to regulate firearms, introduce a licensing system for shooting clubs and ranges, and create a Firearms Advisory Group to offer advice on the issue.

Some of the changes seem eminently sensible and straightforward; the vast majority of people who spoke to Christchurch Central Labour MP Duncan Webb, Dunedin South Labour MP Clare Curran, National list MP David Carter and the aforementioned Mr Seymour were firearms licence holders who, while opposed to the Bill as a whole, generally found individual sections that they could support.

The political risk the Government faces with this Bill is that those who oppose it also appear to be eminently sensible and straightforward.

Alexandra farmer John Sutton did not want to aid and abet criminals or terrorists; he just wanted to be able to shoot pests on his property. 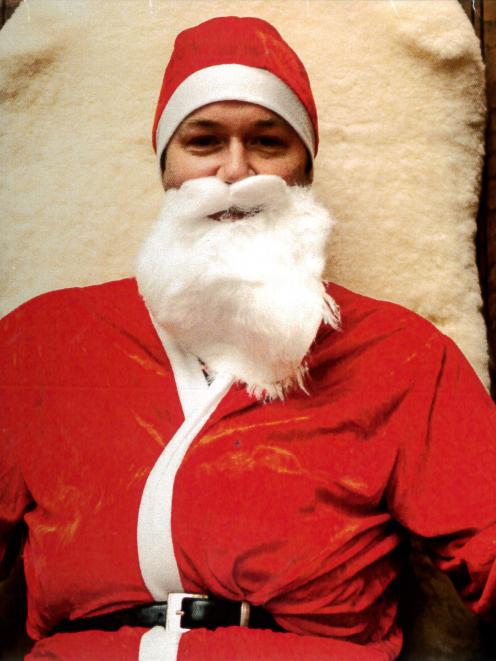 MP for Clutha-Southland Hamish Walker's Christmas card 2019. PHOTO: SUPPLIED
Central Otago tourism industry operator Sheldon Lye might, in other circumstances, be hailed as a small business success story ... except his small business is taking overseas tourists out hunting, and he claimed it would suffer major losses if the Bill as written was passed.

Invercargill gun shop owner Greg Hudson pointed out the difficulties he was going to have managing the repair side of his business and his personal interest in competitive shooting due to proposed restrictions on movement of weapons.

Manapouri man Robert Wilson highlighted the issues his venison recovery business faced, with the licensing regime permitting him to shoot in the South Island but not the North.

All the while Mr Seymour asked a string of pertinent questions; while this issue falls squarely into Act’s personal freedom space, he also picked up on the many practical difficulties compliance would place on many "law-abiding Kiwis".

And so it will, but is it also a case of so it should?

Opponents of the Bill emphasised that gun owners were responsible, sensible people who posed no threat to anyone but faced draconian sanctions and compliance costs which were likely to be ignored by the criminals the proposed law changes had in their sights.

These are all legitimate arguments, some of which are quite persuasive.

But equally persuasive was the quiet but emotional voice of Dr Stephanie du Fresne. 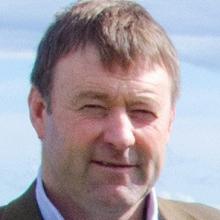 Mark Patterson
Presenting on behalf of Quaker Peace and Service Aotearoa New Zealand she was, predictably, all in favour of anything designed to keep firearms out of the wrong hands.

However, it was Dr du Fresne’s professional background which brought this debate back to first principles.

Before her retirement, Dr du Fresne was, among other roles, the Otago Health Board director of forensic psychiatry. Her submission referenced her professional involvement following both the Bain family killings and the Aramoana massacre and the toll those atrocities took on first responders and others immediately affected.

Is there a middle ground between practicality and prevention, and how heavily should the State intervene to find it?

Two hours in Room Two did not answer that, but it did highlight that many questions remain to be addressed by all sides before the Arms Legislation Bill becomes law.

I’ll have a mixed metaphor, on the rocks

"Of course, there's the media frenzy that surrounds this sort of thing and the stone-throwing from the National Party as they mount their moral high horse," he said.

"But what they forget is their moral high horse is tethered firmly in the middle of a glass house."

For just a moment, Clare Curran and Nelson National MP Nick Smith saw eye to eye in last Wednesday’s debate on the Referendums Framework Bill; both confirmed that they favoured "referendums" over "referenda".

Peace did not last long though, with Ms Curran saying just minutes later that "Nick Smith can carry on like a pork chop to his heart's content," but he was wrong on the actual matter at hand.

Seeing who is naughty, who is nice

The suit is ill-fitting, and the Speaker’s Chair is an even less appropriate fit, but one southern MP certainly succeeded in raising a smile with his Christmas card offering for this year.

Where is our Opposition in this country?

We're looking more like a single party nation every day, with occasional squabbles between factions, just for show.

It seems obvious to me that the job of the political opposition is to "oppose", yet all I see in National is secondhand Labour, in everything from gun laws to free speech, immigration, housing policy (or lack of it), climate views or - dare I mention them? - gender issues.

My guess is ACTs "small bump" in the polls might just turn into a landslide. They're the only ones offering any alternative points of view.