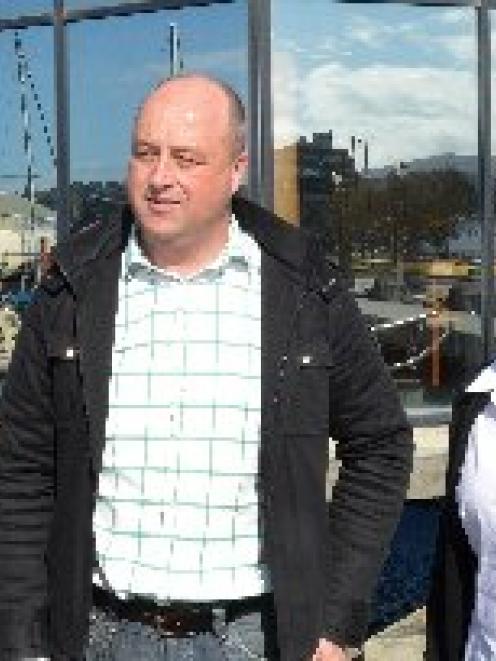 Dunedin businessman Barry Timmings, owner of the Harbourside Grill, and Paula Cooper, branch manager of Asmuss Steel, work in the same area, but have different ideas about the future of the city's harbourside. PHOTO: STEPHEN JAQUIERY
Debate over the future of Dunedin's Steamer Basin remains a battleground for some.

On one side were business owners such as Barry Timmings, the owner of the waterfront's Harbourside Grill restaurant, who favoured a Steamer Basin reinvigorated by a cluster of new businesses.

On the other side of the debate were business owners such as Paula Cooper, the branch manager of Asmuss Steel, south of Steamer Basin, who worried about the impact on her business and others around her.

And caught in the middle were interested parties such as Dunedin heritage advocate Peter Entwisle, who supported development in the area but worried about its impact on the city's historic features.

Mr Timmings told the Otago Daily Times he had returned from Vancouver, in Canada, flush with new ideas for Dunedin's waterfront, but had been ''slightly frustrated'' by the lack of progress.

He envisaged fresh development, linked by a bridge that connected the waterfront with Queens Garden, the warehouse precinct, Princes St and beyond.

Vancouver had done ''marvellous things'' to its waterfront, despite a climate similar to Dunedin's, but Dunedin had become disconnected and complacent about the ''huge strategic asset'' on its harbour edge.

''I just think it's a complete no-brainer.''

Ms Cooper was worried development of the harbourside zone south of Steamer Basin would be a ''big mistake'' and ''a waste of money''.

''It's a dumb idea. It's an industrial area. You wouldn't want to beautify it and have cafes and things, because it's so bitterly cold and windy down here,'' she said.

While her business would survive, development would draw in more pedestrians and vehicles, putting more pressure on parking, she said.

That would make it more difficult for large trucks visiting her business, and others, to negotiate the area's streets.

Lindsay Kaan, the managing director of Kaan's Catering Supplies, north of Steamer Basin, took an even bleaker tone when asked about the area's future.

''What future?''The city should focus on the Warehouse precinct, where it was doing ''a great job'', but he could live with development south of Steamer Basin, as long as it did not spread further north.

Otherwise there were examples around the world that showed industrial and residential development didn't mix: ''Eventually, something goes.''

Mr Entwisle said he was ''all for'' development in the harbourside zone, south of Steamer Basin, as long as it was in sympathy with heritage buildings.

That should include a link that negotiated the railway line and connected the waterfront to the inner city, as otherwise ''the harbourside won't begin to develop''.

But he urged the DCC to consider an underpass, rather than a bridge, which would destroy the last of city surveyor Charles Kettle's view shafts from the inner city to the harbour.

''Any bridge is going to block the view, and that's the last such view. I wouldn't care if it was the Eiffel Tower going in there - it wouldn't be a good idea.''