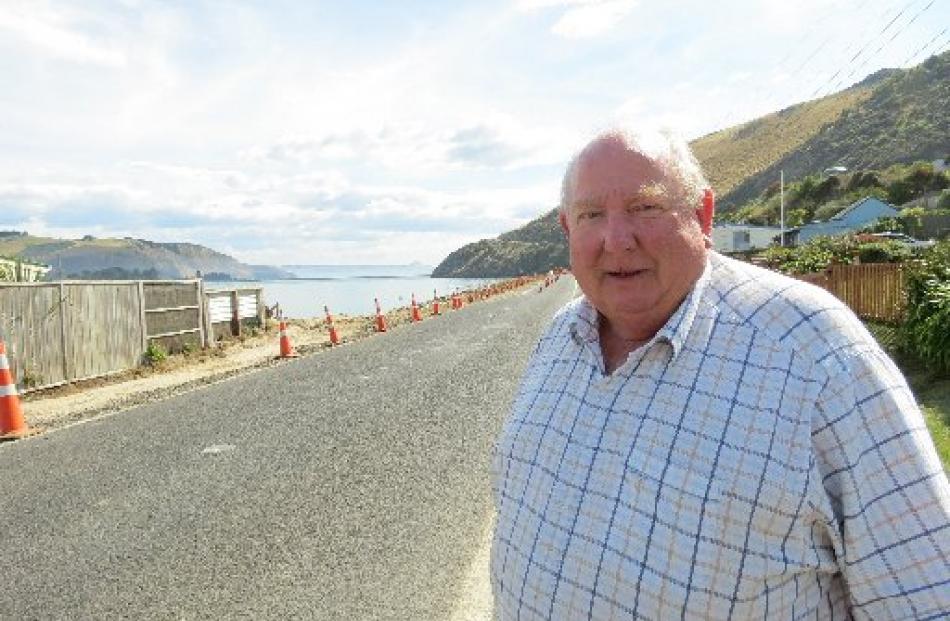 The Harington Point Community Society is pleased the Dunedin City Council has decided to install speed bumps in the Otago Peninsula settlement.

Dunedin City Council roading projects engineer Michael Harrison said three speed threshold controls, similar to those found in the University of Otago area, would be installed in Harington Point as part of road-widening work now under way in the area.

Where these would be located was being discussed by the community.

Once locations were found, the speed bumps would be built on top of the widened road.

Harington Point Community Society committee member Jim Shanks originally wrote to the council asking for traffic-calming measures to be installed in Harington Point as a submission on the peninsula road-widening plan in 2013.

Mr Shanks believed speed bumps or another traffic-calming measure was needed to slow traffic travelling too fast in the area.

Cars would slow as they came to the 50km signs near Golf Course Rd but they would speed up when they reached the Te Rauone reserve, forgetting they were in a residential area.

This meant they were travelling quickly when they passed through Harington Point and they posed a danger to residents, especially children and the elderly, he said.

The volume of traffic on the road had increased and there was very little space to walk beside the road, although the road-widening work would change this, Mr Shanks said.

Speed bumps were originally included in the draft plan for the road, released in 2014.

Believing the speed bumps would be going in, Mr Shanks was surprised to discover in early 2015 that the bumps had been removed from the road-widening plan because of opposition from other peninsula residents.

The issue was raised at the annual meeting of the Harington Point Community Society in January. The society represents about 50 households and at the meeting residents unanimously supported speed bumps in the area.

Mr Shanks passed this on to the council and received a letter, dated February 27, from council chief executive Sue Bidrose confirming that speed bumps would be installed.