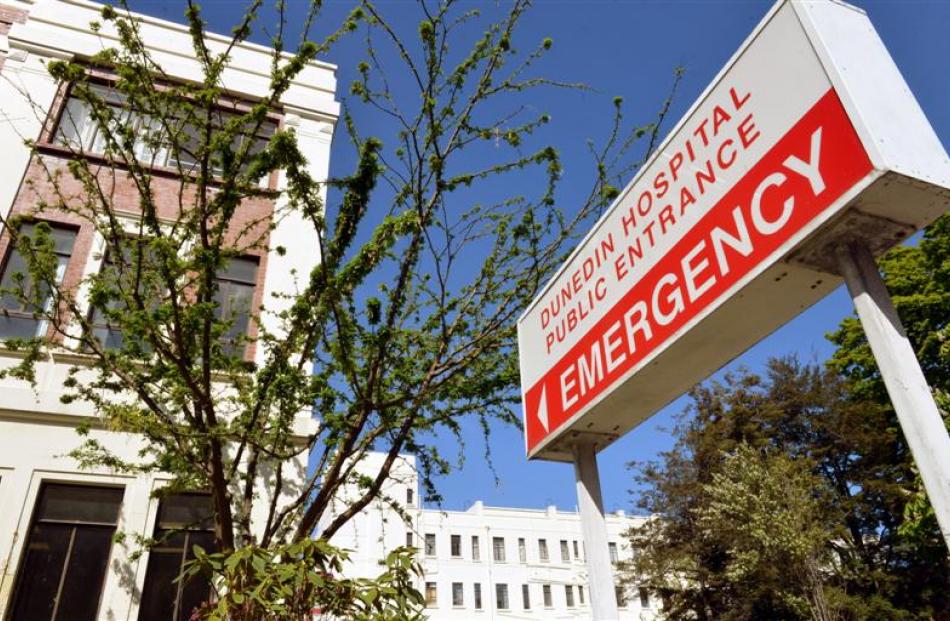 A shake-up of specialist services at Dunedin Hospital has been signalled in a new health plan. Photo by Stephen Jaquiery.

Inevitably, the draft southern strategic health services plan will create unease in the South about whether it signals the long-feared downgrade of Dunedin Hospital.

The board is jittery about the plan, fearing it could raise southern hackles on a scale not seen since the neurosurgery debate in 2010.

The plan was given to media early - before the weekend under strict embargo conditions - suggesting nervousness about how it could be interpreted.

Senior health board staff are playing down its implications, but board chairman Joe Butterfield expects the plan to cause anxiety once the details are known.

There may be resistance to moves to combine more services with other boards on a South Island-wide basis, with its possible flow-on implication of a lower-level Dunedin Hospital.

But the plan is probably too vague and nebulous to spark loud opposition.

That will only come once specific proposals start to appear.

However, a lack of information and perceived obfuscation can engender uncertainty, and greater controversy in the long run.

The political signals are that changes flagged in the plan will be made. Otherwise, the long-awaited Dunedin Hospital rebuild will not be signed off.

The Otago Daily Times understands there was disagreement on the steering committee about how prescriptive the document ought to be.

It appears the committee opted in the end for ambiguous language with unclear meanings.

Bureaucratic health jargon is not easy to decipher to determine its exact meaning.

A typical example: ''Adoption of this SHSP will allow the shift to a longer-term focus on service performance improvement and alignment of capacity and configuration with contemporary care models''.

However, the full document is necessary reading for those wishing to glean an idea of what's planned, and where the problems lie.

After all, the board says it wants public feedback on the plan, so it needs to be understood.

Results can be positive when services are put on a ''regional'' (South Island) basis.

A case in point is neurosurgery, now bedded in as the Dunedin component of a South Island-wide service.

That service has an emergency component, which is why its removal from Dunedin had to be resisted.

Now that its future is secure, it has the permanent staffing and a prestigious research component that never existed under the old Dunedin stand-alone model.

• A service with this level of specialist staffing would need patient in-flows from elsewhere in the South Island to generate sufficient activity.