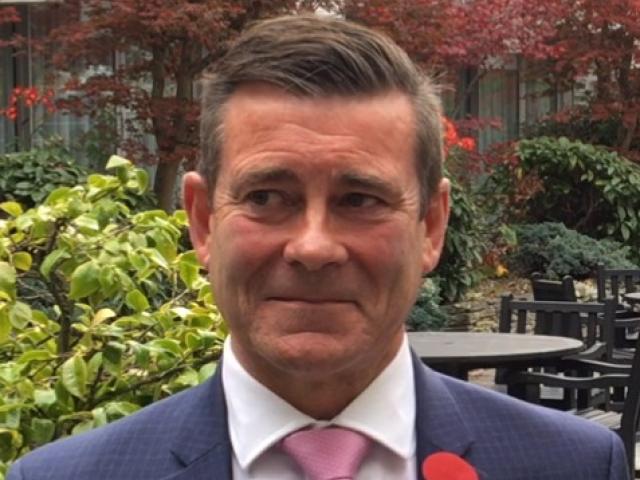 Mr Woodhouse said he had been pushing back on an ''extremely red lobby'' in respect of his party's reputation in Dunedin.

Investments in health, education, and other sectors in Dunedin had been overlooked amid an undue focus on negative issues and cutbacks, he believed.

He said there was ''no doubt'' antipathy towards National increased in Dunedin when New Zealand First chose Labour to form a Government.

Any suggestion he had not gone in to bat for Dunedin was unfair, he said.

''The people that actually go into the detail of the work that I've done in the city know that's not true.''

Dunedin people always felt neglected when National was in power, but it was not the case.

''I'm pushing against an extremely red lobby in that regard. There were times when I felt there was nothing that I could do that would satisfy them on any of the issues - some people, I have to say.''

Despite not being an electorate MP, his office helped many Dunedin constituents over the years.

''I think a lot of them did come in because of a belief that as a government member, doors might open a little faster.''

He expected inquiries to pick up again over time, but he needed to be proactive.

He would watch the Dunedin Hospital rebuild to hold Health Minister and Dunedin North MP David Clark accountable for promising to speed it up.

''I think a significant part of the support [Dr Clark] picked up was as a consequence of the perception that the previous government wasn't working fast enough on the rebuild.

''I certainly had difficulty getting what the Government's commitments [were] through, including in mainstream media, but I'm not going to relitigate that.''

However, he did take further issue with the Otago Daily Times, saying: ''There is a perception around this place that you're a gotcha reporter.

''It doesn't make a blind bit of difference what I say, you don't report it.''

The southern public sector workforce increased overall under National when the likes of doctors, nurses, and police were included.

''We can get lots of breathless reports when six staff are made redundant at Immigration NZ, but nary a whisper when more than 200 nurses are recruited into the Southern DHB - and Dunedin Hospital specifically.''

Asked if he had any regrets, he said he should have done more to communicate Dunedin Hospital issues.

Being in Opposition was ''all a bit new'' for Mr Woodhouse, who entered Parliament in 2008.

Mr Woodhouse, who rose quickly through the ranks in the previous government, held several ministerial portfolios at various times, including ACC, immigration, workplace relations and safety, police, revenue, and transport.

He is now the party's spokesman for housing and social housing.

Sigh!. By his own comments Mr Woodhouse admits he has lost contact with locals and local organisations. But the lack of support for him and National is down to an antagonistic ODT.
Re the hospital rebuild, the Nationals made two moves: they foisted a great deal of cost onto SDHB with their out of town rebuild advisers who delivered virtually nothing in 2 years. And they made a grandiose announcement of a rebuild with a promise of a new hospital somewhere in Dunedin after 2 more elections.

So get back to step one, get out of your office, spend some time in Dunedin, learn what is important to locals and maybe in a few years time people may think Nationals care about something outside Auckland.

"''I think a significant part of the support [Dr Clark] picked up was as a consequence of the perception that the previous government wasn't working fast enough on the rebuild."

It's not perception Mr House it's a dead right fact. Also add the push for building third medical school up North to our rundown hospital and rumors of its downgrading/relocation. Nationals were openly undermining cornerstone of Dunedin economy, what kind of support did they expect?

Some in the red lobby seem to view a marginal shift to the left as a mandate to end capitalism in New Zealand. I agree with Michael's sentiments on the red lobby but he appeared to sit on the fence on some issues that were important to the City.

It might be best for Mr Woodhouse to not imply a good reporter is biased against him.

In calm, collected NZ, National labels as 'red', citizens who voted for a change from 'blue'.

There is no Communist Party and no SUP. You don't see Leninists. Stop name calling, and stop blaming the media.