Henry the pig a hit in States 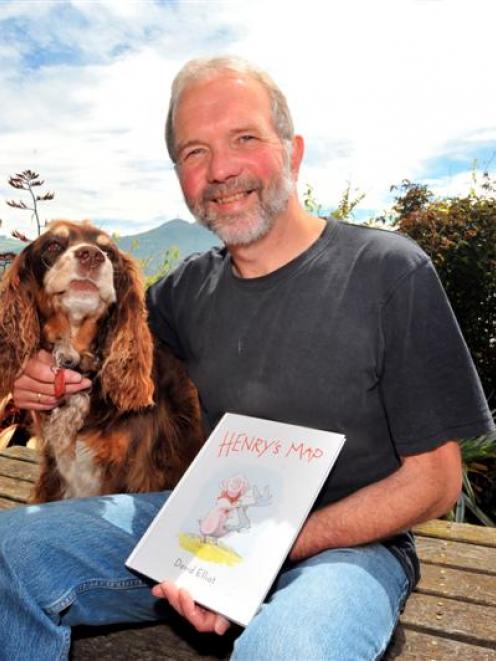 Author David Elliot at home in Port Chalmers with Henry's Map and his dog Molly yesterday. Photo by Gregor Richardson.
A particular pig is winning acclaim for a Dunedin author and illustrator in the United States.

Henry's Map, by David Elliot, was selected this week as one of the best children's picture books of 2013, by the influential United States School Library Journal.

The lavishly illustrated book is about a pig called Henry, who creatively brings a farm to order.

''I was really surprised, but it's a thrill, really,'' Mr Elliot said of the selection yesterday.

''I knew it had got some good reviews and then the publishers told me it was on the best books list.

''It's all totally different territory to me. It is the first book [project] that I've both written and illustrated that has originated in the States.''

While American children identified with Henry the pig, the character was actually inspired by a trip to a Palmerston farm with late friend and Port Chalmers historian Ian Church, Mr Elliot said.

Henry's Map was published in July, by Philomel Books in the United States and then Random House NZ in Australia and New Zealand, and has since been on-sold to publishers in Taiwan and Korea. Mr Elliot is now working on a sequel, called Henry's Stars.