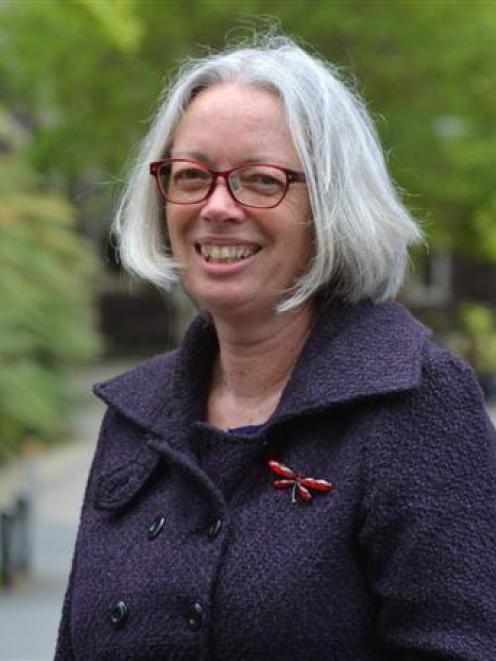 Historian Dr Ali Clarke has been given the task of documenting the history of the University of Otago for its 150th anniversary. Photo by Gerard O'Brien.
The Dunedin historian tasked with writing a history of the University of Otago ahead for its 150th anniversary hopes her book will be more captivating than its centenary history.

Historian Dr Ali Clarke was given the task by the university in January and, including this year, will spend five years on the project, handing in her final manuscript at the end of 2017, in preparation for the university's 150th anniversary in 2019.

Dr Clarke said it was ''honour'' to be asked to take on what was a ''huge'' project.

One of her biggest priorities was to come up with a book that was ''lively'' and interesting to a wide range of readers.

''If I had a dollar for every person who told me how boring the centenary history was I would be a wealthy person.''

In order to make it interesting there would be more of a focus on student life and telling ''good lively stories'' about the institution's history.

''That's one of the good things about interviewing people, is that people tell the stories around the rather dry council minutes.''

''The [university] have thought well ahead, which is great, because you don't want to rush these things.''

She would cover how the university had changed through the years, including a drastic increase in the student roll.

''A lot of people didn't even get secondary school educations until well into the 20th century. So university students were a pretty elite sort of bunch, whereas now it's much more commonplace to have a tertiary education.''

''Flatting was really rare in the early 20th century. People would live in lodgings, with a landlady and a room.''

Recreation patterns had changed. The increased availability of alcohol and the lowering of the drinking age had resulted in changes to drinking habits.

She would not shy away from covering some of the more controversial parts of the university's history, including in the late 1960s when the vice-chancellor tried to ban mixed flatting.

''That's one of the famous incidents in the past. And of course one of the reasons it has remained famous is that James K Baxter wrote a wonderful poem [A Small Ode on Mixed Flatting].''

The university's position in Dunedin would also likely be explored.

''I think it's become more and more important over time. As other industries have declined the university has grown larger.''