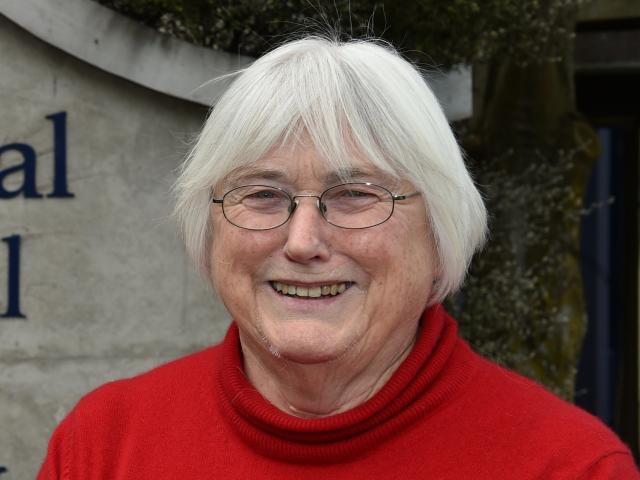 Marian Hobbs
The more regimented approach to meetings indicated by Otago Regional Council chairwoman Marian Hobbs is drawing the ire of some of her colleagues.

As 22 groups lined up at the council’s public forum yesterday to speak on water issues, Ms Hobbs said five-minute speaking times were to be strictly enforced, and councillors were not to ask questions of the speakers.

That could be done afterwards, she said.

After checking standing orders, Ms Hobbs said questions had to be asked with the permission of the chairwoman, which she would not give.

‘‘I don’t want this to become a filibustering exercise.’’

Cr Kevin Malcolm questioned how he would do his job properly if he was not able to ask questions.

When his preface ‘‘with respect’’ was interjected with ‘‘there’s no respect’’ by Ms Hobbs, some audience members gasped.

This also led to an altercation with Cr Gary Kelliher, who rejected the ruling no questions could be asked.

After the meeting he said he was disappointed in Ms Hobbs for the decision.

‘‘The fact that those people travelled for hours, it’s not the norm. To me that’s not community engagement.

‘‘It caught me by surprise. In my view it was too regimented.’’

There was also a lack of communication, as some speakers thought they had 10 minutes, rather than five, to speak, he said.

Ms Hobbs said later she needed to get through many people in two hours.

The closed workshop in the afternoon was the time for debate and there was plenty of it, she said.

‘‘I am very bossy in the chair, but when I need to be.

‘‘I want us to make decisions and make them intelligently.’’

That is exactly how a chairperson should act. She's had years of experience with politicians and attempts at filibustering.

I see no virtue in being ‘bossy’ or ‘tough’ when chairing a public meeting. Good, inclusive democratic decision-making takes time and patience and is not something to merely be ‘got through’. Contrast concern about apathy regarding local government and only about 40% voter turnout in local body elections and Local Government NZ usefully ( for once IMO) promoting ‘localism’ with Standing Orders which give a meeting Chair unilateral power to shut people up, both members of the public wanting to speak and elected reps wanting clarification. Standing Orders are inconsistent here, regarding their own democratic first principles and the fact that it is the MEETING, not the Chair, which can decide whether public forum can be extended past the standard 30 minutes, which allows a mere six speakers 5 minutes each. It makes no sense that greater public interest results in less time to speak. It should be the reverse. Standing Orders need to be amended to remove such a dictatorial power of the Chair. ORC updated theirs last November but missed this anomaly. Maybe DCC won’t when updating theirs. And, like ORC, make Agendas available five days before meetings instead of just two.