'Honeymoon' over for museum's butterflies 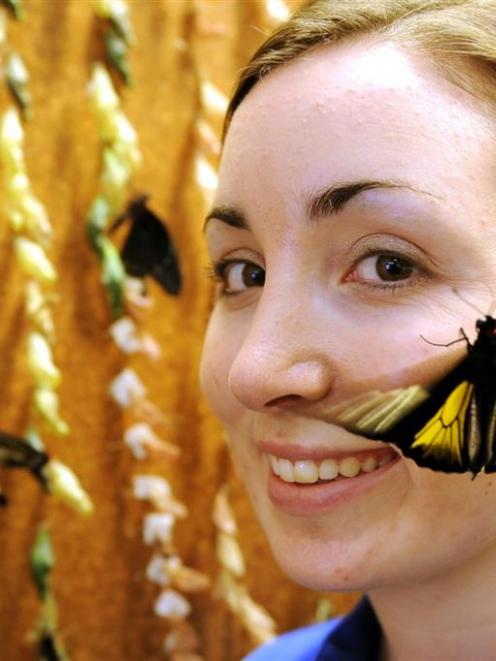 Cathryn Edwards wears a recently emerged butterfly at Otago Museum in this file photo. Photo by Stephen Jaquiery.
The "honeymoon" is over for the commercial stars of the Otago Museum - the butterflies of the Tropical Forest.

Since the $1.2 million installation opened, in November 2007, the museum has reported record-breaking visitor numbers.

But at yesterday's Otago Museum Trust annual meeting, a drop in revenue from the forest was noted as part of a decline in the museum's overall financial position.

Noting the drop in revenue from the public, board deputy chairman Malcolm Farry said the "honeymoon is over" for the forest.

Board member Syd Brown said the drop in revenue from the forest had been expected and an explanation should be included in the annual report.

Chief executive Shimrath Paul said the forest was due to be "reviewed" in 2011-12.

Improvements to the forest are listed in the draft annual plan as due for completion in 2012-13.

More than 100,000 visitors paid to see the forest - part of Discovery World - in its first six months of operation.