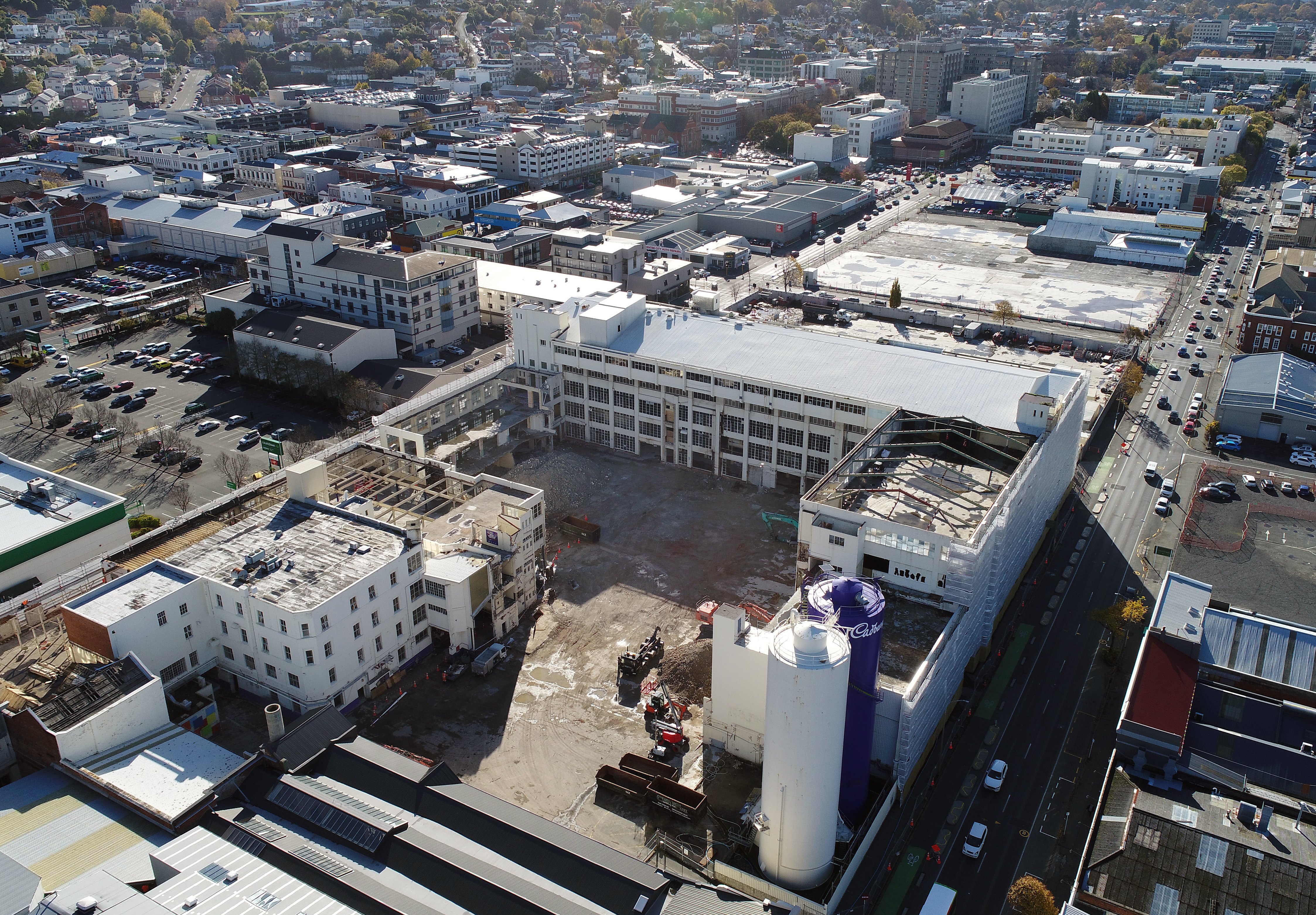 Work continues on demolition of the former Cadbury factory. PHOTO: STEPHEN JAQUIERY
Consent documents for the application to fast track the building of the new Dunedin hospital are still months away from being lodged.

The $1.4 billion hospital project is continuing apace as the former Cadbury factory in Cumberland Street is torn down.

However, plans for the two multistorey hospital buildings intended to sit on that site and the former Wilson car park block to its north have yet to be filed with the Environmental Protection Authority (EPA).

At the start of April, Environment Minister David Parker said the hospital had been approved for consideration under recently passed Covid-19 recovery fast track consenting legislation.

An independent expert panel, assisted by the EPA, will consider the Ministry of Health’s building consent application, rather than the usual consenting bodies, a process expected to save two years over the standard process.

Although several other fast-tracked projects already have application documents lodged on the EPA website, the new Dunedin hospital is not even listed there.

A hospital project spokeswoman said the ministry had yet to file its paperwork.

"We anticipate lodging our consent applications by September 2021, when the required design documentation is ready.”

The detailed business case for the hospital, a document which will set out which services will be provided where within the new hospital, was meant to have been signed off by the Cabinet more than a year ago.

It is understood that the hospital project team is hopeful it will be considered soon.

The project spokeswoman said lodging its consent application was not dependent on Cabinet approval of the detailed business case.

Demolition was continuing as planned.

"Most of the old buildings have been demolished but those facing the road have been left as a barrier to minimise disruption to the public.

"A new addition to the Dunedin skyline arrived this week - a large crawler crane with a long reach to get to every corner of the site."