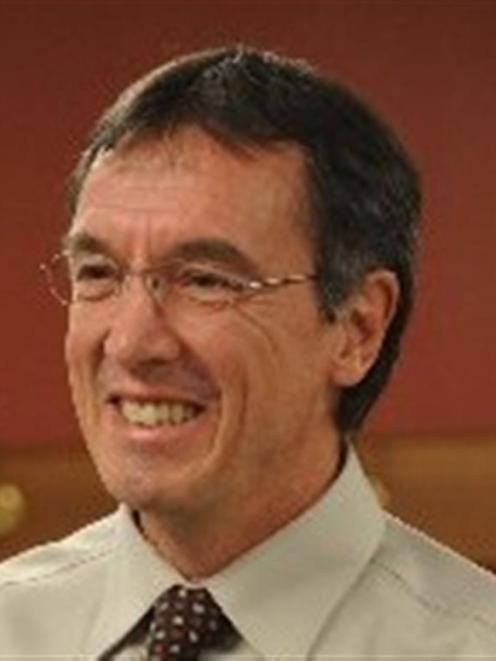 Brian Rousseau
Preliminary planning for a short-stay unit at Dunedin Hospital's emergency department has begun, but staff are waiting for the results of computer modelling before it goes further.

This is indicated in Southern District Health Board chief executive Brian Rousseau's report on the Ministry of Health targets, to be considered at the present board's final meeting in Invercargill today.

In recent weeks, there has been criticism of the board's progress in reducing the time patients spend in the Dunedin emergency department, some of it coming from senior clinical staff in the department.

Clinical leader Dr John Chambers has said that while he supports lean-thinking measures, he does not consider the target will be met without more staff and an urgent, multimillion-dollar upgrade of the stretched department.

Mr Rousseau's response has been that the board, with a $14.9 million planned deficit, is in no position to seek extra funding for redevelopment.

To fund it without extra help would require diverting money from other services.

One of the six ministry targets for district health boards is that 95% of patients spend no longer than six hours in an emergency department before being admitted, or treated and discharged.

Mr Rousseau said when the target was introduced that the Dunedin ED was achieving this for only 69% of patients and it was agreed its target would be 80% by June 30 this year.

In his report, Mr Rousseau said that anecdotally, without a short-stay unit, the highest level likely to be reached by the end of this financial year was 85%.

Preliminary plans for a short-stay unit were being considered in the event the computer modelling, using ED data to test various scenarios, resulted in "clear evidence" to support the need.

The modelling would "validate" what option or options would be most likely to achieve the target, he said.

Mr Rousseau listed eight initiatives already in place to help meet the target and plans for the computer modelling, trialling an acute admitting registrar and a project looking at orthopaedic patients.

Southland Hospital also had projects designed to improve its ED staying times, which have been better than Dunedin's, with figures ranging from 96% to 82%.

Mr Rousseau said the ED target and the quit-smoking target had been "more of a challenge" than the other four.

There was much work under way or planned and every effort was being made, but there was no quick fix.

Management was committed to an "affordable, systems-wide approach to not only reach the targets but ensure long-term sustainability of the targets", he said.

Progress had been made with initial programmes and, with the plans for additional work, "we are confident that we will continue to make good progress".

The smoking target for last year was that 80% of inpatients identified as smokers would be given advice and help to quit.

This target rises to 90% this year and 95% the following year.

Results in the two Southern areas tracked upwards during the past financial year, rising from 15% in Otago to 52% by year's end and from 27% to 62% in Southland.