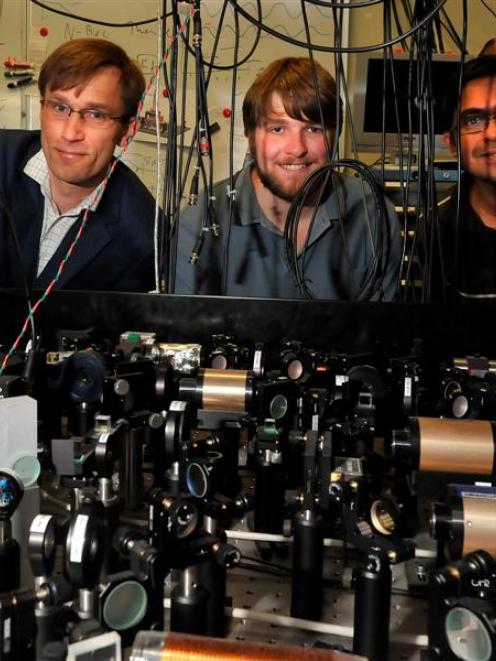 Kris Roberts and Thomas McKellar have added significantly to cutting-edge research on ultracold atoms, which interact at temperatures of less than a millionth of a degree above absolute zero.

Danish-born Otago lead researcher and physicist Dr Niels Kjaergaard said there were many potential applications from the new research.

These included developing tools for probing microscopic structures and sensors that could map minute variations in magnetic fields.

In 1998, Otago physicists became the first scientists in the southern hemisphere to create a novel state of matter - known as Bose-Einstein Condensate - in which thousands of atoms enter a quantum state and often behave as if they were a single atom.

This state of matter was predicted in 1925 but was created for the first time by US researchers only in 1995. 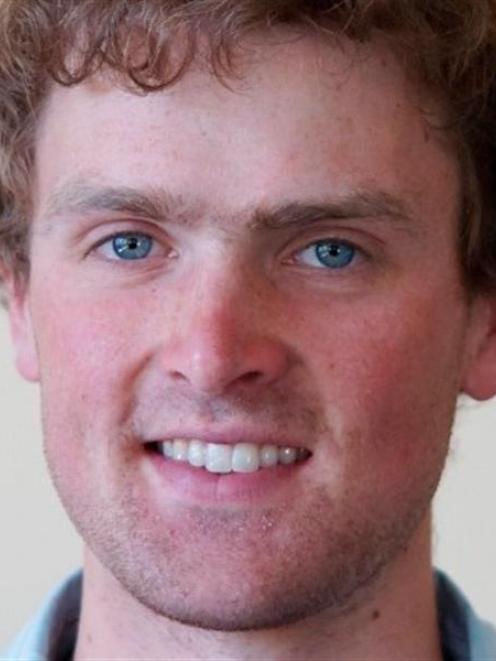 Thomas McKellar.
Scientists at the Jack Dodd Centre for Quantum Technology at the Otago physics department have, over the years, made many novel international research findings involving ultracold atoms.

Dr Kjaergaard was ''very proud'' of the ''notable achievements'' of Mr Roberts, who developed a novel steerable optical tweezers unit as part of his BSc (Hons) work and Mr McKellar, an MSc student, who built a related control unit.

Both students are now part of Dr Kjaergaard's research group.

Mr Roberts was yesterday still coming to terms with the fact he was now the lead author of a scientific paper on the new cutting-edge system, which was published yesterday in the United States journal Optics Letters.

The Otago researchers used their new approach to split a ''single ultracold cloud of rubidium atoms sequentially into 32 daughter clouds, spreading them out over nearly half a centimetre''.

This kind of precise control was ''like being able to pull a delicate snowflake into two clean halves with your bare hands'', Dr Kjaergaard said.

The research was supported by a Marsden Fund grant.